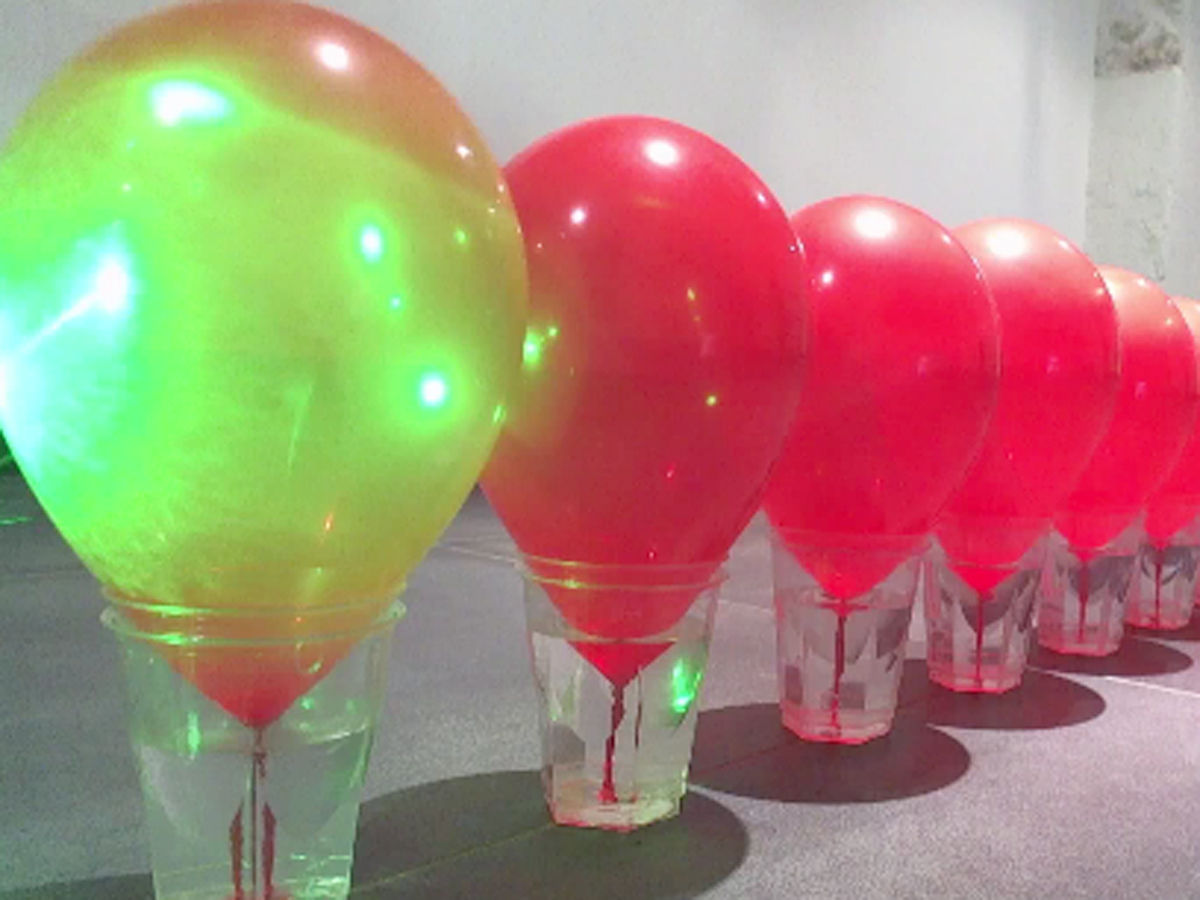 (CBS News) There was a part of me that was about to do these videos as individual posts, but then I thought, "They're all such amazing feats, why not put them together into a mega amazing post?" And that's exactly what this is: a mega amazing post! We kick things off with a world record attempt at shooting lasers through balloons. That's right. Frickin' laser beams and balloons!

Pretty sweet, right? The video was posted by YouTube user WorldScott who writes:

And next up we have another video coming from Britain's Got Talent (which has been featured here quite a bit lately). Does it involve dog tricks and Mission Impossible music, you ask? You bet it does! Watch Ashleigh and her dog Pudsey do their thing in the video below.

And last, but not least, we finish things off with an impressive trick shot video that comes with a vinyl twist by YouTube user ADFinPlanet. What exactly does that mean?  Well, watch and see.