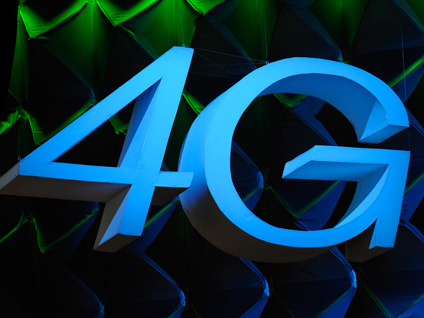 It's finally here: Verizon will launch its LTE network this Sunday.

After more than a year of hype, the company is finally launching its so-called 4G wireless network that uses a network technology known as Long Term Evolution or LTE. Starting December 5, the new network will be live in 38 markets including, New York City, Chicago, Los Angeles, Boston, and San Francisco among others.

About 70 percent of the 38 markets that Verizon is launching in initially will get the service starting Sunday. The company will have street view maps available on its Website starting Sunday to show exact locations where the network is available.The service will also be available in more than 60 airports, including airports in seven cities that are not part of Verizon's initial 4G launch. The network will be rolled out over the next three years, much the same way the carrier rolled out its 3G wireless network several years ago.

Verizon said customers will have two options for data plans. They can get 5 Gigabytes of data per month for $50 or 10GB of data for $80 a month. Customers who exceed this limit will be charged $10 for every 1GB that goes over the limit. The $50 pricing of the service is $10 cheaper than Verizon's existing 3G wireless service. The company said it will offer text alerts that will warn customers about the usage of their data plan.

The company is initially launching the service with USB air cards that access LTE for its laptop customers. These USB cards can also access the 3G network when 4G isn't available. LG and Pantech will be the first USB air card providers. The devices will cost $99 with a $50 rebate and a two-year contract for the service.

The company will be announcing more USB cards in the coming weeks, but LTE embedded into other devices will show up on the market in early 2011, including mobile handsets. In fact, the Consumer Electronics Show, which kicks off in Las Vegas in early January, is expected to be the coming out party for some new handsets. Executives have said previously the company will have LTE handsets on the market in the first quarter of 2011.

Verizon expects to expand its coverage after the initial 38 market launch. Within 18 months, Verizon has said that it expects to blanket the entire country with the service serving about two-thirds of users in its footprint. By the end of 2011 it will be able to serve 200 million people with the service. And by the end of 2013 it will be available to more than 285 million potential customers.

Verizon has already been airing advertisements on TV promoting the new network. The ad along with competing advertising campaigns from competitors is meant to get consumer excited about a new generation of wireless network. Verizon and others, such as Sprint Nextel and T-Mobile USA are vying to be known as the fastest and largest 4G network in the nation.

The Verizon commercial, which features a young man using Verizon's 4G wireless network to throw a lightning bolt into the sky like a javelin, claims that Verizon has the most "advanced 4G" wireless network.

While current versions of WiMax and LTE are typically referred to in the industry as "4G," they do not actually meet the International Telecommunication Union's strict definition. To be legitimately considered a 4G technology by the ITU, the network technology is required by the agency to be IP-based and use orthogonal frequency-division multiplexing (OFDM). The other main requirement is that the technology needs to support peak download speeds of 100Mbps. The current flavors of LTE and WiMax are not that fast. And neither is the technology T-Mobile is using, which is called HSPA+.

Tony Melone, CTO of Verizon Wireless, said in an interview with CNET following a press conference that it doesn't matter whether the ITU calls its technology 4G or not, because wireless subscribers will notice the generational shift in performance.

"It doesn't matter what we label the network," he said. "In our subscribers' daily lives this technology will change what people can do. There's no question about that. I think even the ITU would agree this is a dramatic leap in performance."

Indeed the upgraded networks are faster than the current generation of 3G wireless services. Average 3G services offer between 700Kbps and 1.5Mbps. Sprint's WiMax service, built by Clearwire, offers average download speeds of around 6Mbps, Sprint has said. And Verizon claims that tests indicate it is getting download speeds of between 6Mbps and 12Mbps on its LTE network. T-Mobile's HSPA+ network also gives a significant boost, with speeds between 3Mbps and 7Mbps.

AT&T, which has not claimed that its network is 4G, also has upgraded to the next generation of HSPA+ technology, which puts it on par in terms of speed with its competitors.

But Melone said that even though these other technologies are in the same ballpark as LTE, it does not match it in terms of performance.

"I can tell you that AT&T with its HSPA+ network is not getting similar speeds to what we can get with LTE," he said. "We are getting average download speeds of 5Mbps to 12Mpbs. HSPA+ may get peak speeds of 5Mbps, but the average is much less. That's why carriers are moving from HSPA+ to LTE."

As for network coverage, it will take time for Verizon to get the 4G service everywhere. The initial 38 markets will make the service available to 110 million potential customers. But it won't be able to offer the service to its full 285 million customers for at least three years.

Meanwhile, AT&T's HSPA+ network will reach 250 million customers by the end of this year and it will be available everywhere its current 3G service is available. So in terms of coverage, AT&T will have the largest, fastest wireless network in the U.S. this year, regardless of whether you call it 4G or 3G.

How do the other two major wireless operators stack up? T-Mobile USA, which has also been making some bold 4G claims, will be in 100 markets by the end of 2010, the company has said. And it will be available to more than 200 million potential customers. Sprint Nextel (via Clearwire) is in more than 55 markets today and is adding more each week. Its goal is to reach 120 million potential customers by the end of 2010.

Still, Melone believes that Verizon's 4G coverage will set it apart from competitors.

"What is different about Verizon's 4G network is what's been different about our network for the past 10 years," he said. "The leap in performance consumers get will be in most of the places they go. It will be where they live and work. And it won't just be available only in isolated spots."

This article was originally published on CNET

Marguerite Reardon has been a CNET News reporter since 2004, covering cell phone services, broadband, citywide Wi-Fi, the Net neutrality debate, as well as the ongoing consolidation of the phone companies. E-mail Maggie.