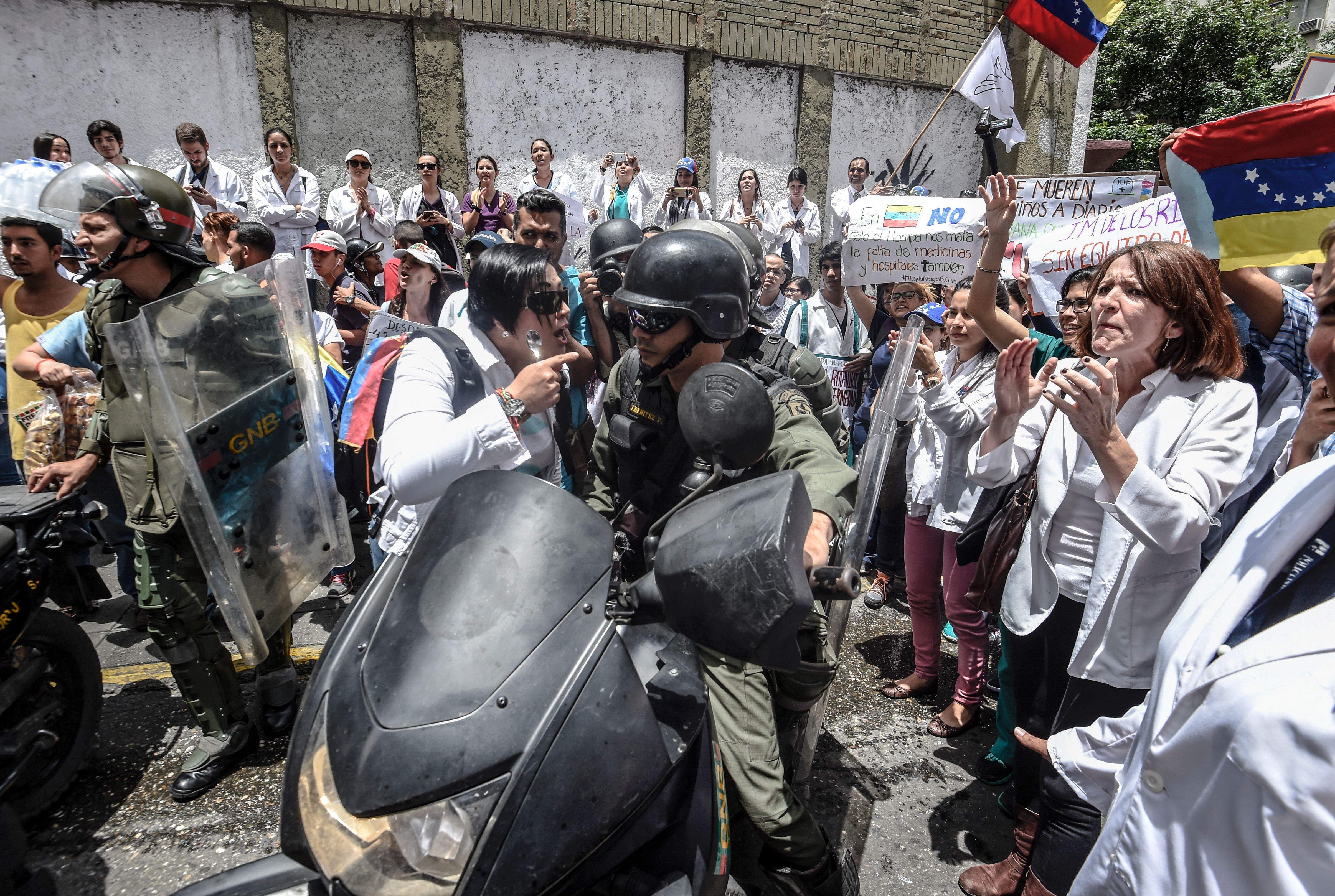 SAN CRISTOBAL, Venezuela -- Legions of national guardsmen and military helicopters began descending on a western Venezuela state Wednesday where an outbreak of looting and political violence left at least three people dead in as many days, raising the nationwide death toll in a wave of unrest to at least 43.

Fifteen-year-old Jose Guerrero died in San Cristobal on Wednesday after going out the previous afternoon to purchase flour and being shot near a protest, authorities said. His death means the number killed in nearly two months of protests and street clashes is likely to surpass that seen in the country's last political upheaval in 2014, when 43 people died during three months of demonstrations against the socialist government.

Top military commanders announced they were sending 2,000 national guardsmen and 600 troopers from special operation forces to Tachira, a mountainous state along Venezuela's border with Colombia where Guerrero and two others have been killed during protests since Monday.

A rash of violence across Tachira this week has left dozens of businesses looted, 11 police stations set aflame and nervous residents scrambling to buy what food they can find. Public transportation was shut down Wednesday, many businesses closed and long lines snaked to the few operating ATMs.

"From this moment we are not going to permit any more violent or terroristic acts," said Jose Morantes Torres, commander of a regional defense force overseeing operations.

By late Wednesday afternoon, helicopters could be seen arriving at Tachira's military airport. Hundreds of national guardsmen in green uniforms were patrolling areas where protests have taken place, while others stood in front of grocery stores and other shops and some kept watch from armored trucks.

The military operation comes as President Nicolas Maduro faces mounting international pressure to hold elections and refrain from using tear gas and rubber bullets against protesters. Anti-government street mobilizations that began after the nation's Supreme Court issued a ruling stripping congress of its last powers in late March are continuing on a near-daily basis. Meanwhile, the death toll is rising at a steady clip and is likely to surpass the 2014 protest fatalities in about half the time.

The growing list of casualties puts both the government and the opposition in increasingly strained positions, analysts said.

Deaths, which are often captured on cellphone cameras and shared widely online, will probably further isolate Venezuela's government from international public opinion. But the bloodshed also raises the question of how much longer the opposition can call on its supporters to take the risk of going into the streets, said Christopher Sabatini, a professor at Columbia University.

"The opposition has the moral upper hand, but as long as the government refuses to yield and kill its own citizens, how much longer can this go on?" Sabatini said.

Arrests have been made in just eight of the deaths, five of which involved police officers, according to the chief prosecutor's office. Maduro's government blames the opposition for the violence, saying they are purposely fomenting unrest in order to remove him from power. Opposition leaders deny that and say heavy-handed officers and armed, pro-government militias known as "colectivos" are responsible.

The violence in Tachira began Monday after several weeks of largely peaceful protests. That day, the minister of the nation's prison system was in San Cristobal to promote Maduro's push to resolve the crisis by convening a special assembly to rewrite Venezuela's constitution, a proposal the opposition rejects.

With her arrival, residents say, also came bands of "colectivos" who threatened protesters. Videos shared on social media by Tachira residents show armed men in masks roaming the streets on foot and motorcycles and in some cases appearing to open fire.

On Monday afternoon, Luis Alviarez, 18, and Diego Hernandez, 33, were fatally shot during separate demonstrations. Videos of both incidents were distributed online, showing the two men lying lifeless on the pavement.

By Wednesday, residents in San Cristobal woke up to discover dozens of businesses had been looted. Public transportation was shut down, the state's agricultural industry - a critical provider of Venezuela's fruits and vegetables - paralyzed and people worriedly lined up at ATMs to withdraw cash.

Guerrero, the latest casualty, was taken to a hospital Tuesday after being shot and died Wednesday morning after undergoing surgery, authorities said. Speaking outside a hospital, his sister lashed out at Maduro and blamed national guard officers for her brother's death.