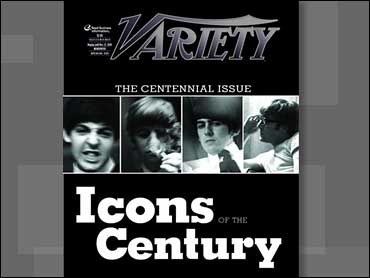 Sorry Oprah and Madonna — you just missed the cut.

Variety ranks the top 10 entertainment icons of the century in a new commemorative issue marking the trade publication's 100th anniversary.

The Beatles were dubbed the no. 1 icon in the issue, currently on newsstands.

Bugs Bunny did not make Variety's list, but Pac Man did. The most contemporary choices were Kurt Cobain, Tupac Shakur and Quentin Tarantino.

The lone animal named an icon? Lassie, much to Alf's dismay.