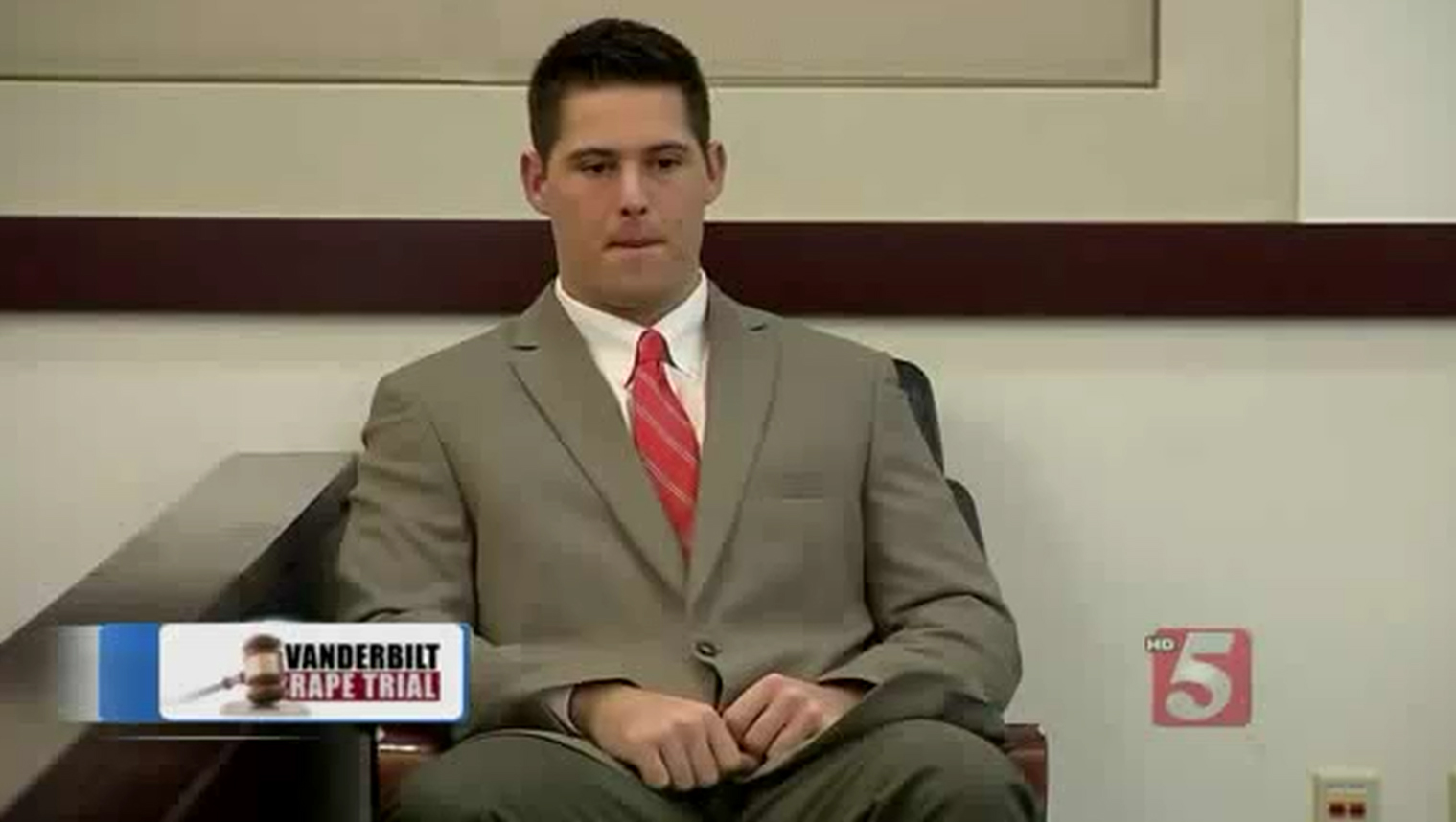 NASHVILLE, Tenn. -- The second day of testimony was underway Wednesday in the trial of two former Vanderbilt University football players accused of raping a woman on the school's Nashville campus.

Two of their former teammates, Brandon Banks and Jaborian "Tip" McKenzie, are also charged in the case. They are expected to testify against Vandenburg and Batey.

Banks and McKenzie also face charges of aggravated rape and aggravated sexual battery in the incident and have not yet gone on trial, reports the Tennessean.

All four have pleaded not guilty.

The alleged victim was in the courtroom as proceedings began, reports the station.

Deputy District Attorney General Tom Thurman told jurors Tuesday that had it not been for an act of vandalism, the former players probably wouldn't have been charged.

The vandalism, which occurred the same night as the alleged June 2103 attack, prompted Vanderbilt officials to take a look at video surveillance footage of one of the Nashville school's dorms. When they did, Thurman said, they saw a 21-year-old neuroscience major lying incapacitated from alcohol and being videoed and photographed in the hallway of Gillette House.

Officials didn't know what else had happened, but were concerned enough to call police.

In opening statements, Thurman said they giggled, shot video and sent text messages while they sexually abused her in an assault that began in a hallway. He described in sometimes explicit language how one former player assaulted her with a water bottle while a teammate egged him on. The prosecutor said one of the players passed out condoms and assaulted her.

Thurman said one of the former players urinated on her and made a racial statement. Three of the ex-players are black and one is white. The victim is white.

Vandenburg, who is white and who had been dating the victim, is accused of encouraging the others to have sex with her while she was passed out.

"And after hearing all the proof you will be convinced they are guilty beyond a reasonable doubt," Thurman said.

The trial takes place amid a roiling national debate about the prevalence of rapes at U.S. colleges and universities, with investigations underway at dozens of colleges around the country. President Barack Obama's administration has launched its own campaign to end sexual assault on America's campuses.

The defense will blame alcohol and a culture of binge drinking and sexual promiscuity on campus. Alcohol intoxication cannot be used as a defense for aggravated rape. However, defense attorneys hope jurors will consider that their clients weren't even of legal drinking age and were heavily intoxicated when the events took place.

"I think the proof will be very clear at the end of the trial that alcohol played a role in what happened in that dorm room," Worrick Robinson, an attorney who represents Batey, told jurors. He said Batey was so drunk that he blacked out that night.

One of Vandenburg's attorneys called the prosecutor's statements elegant but "inflammatory" and said evidence would show that his client was not responsible for what someone else did to the woman.