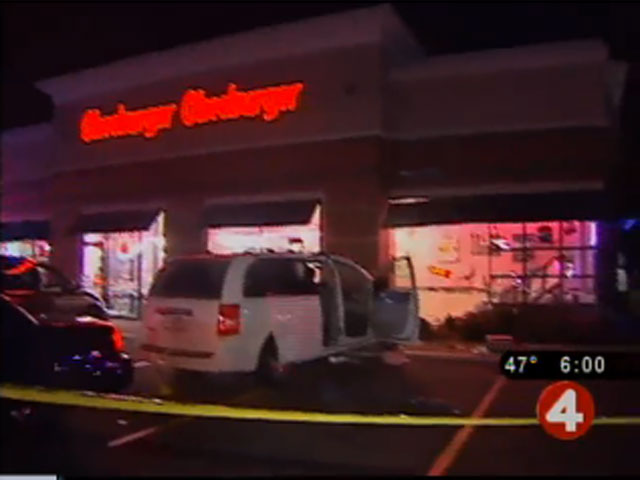 (CBS/AP) AMHERST, N.Y. - A 74-year-old woman behind the wheel of a van turned a suburban Buffalo restaurant into a drive-thru Saturday night with deadly consequences, say police.

Buffalo media outlets report that 52-year-old Kathryn Bennett of Wilson and her 56-year-old husband, Joseph Bennett, both died from injuries suffered when the van crashed into the "Cheeburger Cheeburger" restaurant in Amherst, N.Y.

The couple was eating Saturday night with their 13-year-old son Matthew when the van jumped a parking space curb in front of the building and smashed through, pinning the Bennetts and a waitress against a wall.

Police say Joseph Bennett was killed on the scene, his wife died the next morning, and the boy and the waitress suffered non-life-threatening injuries.