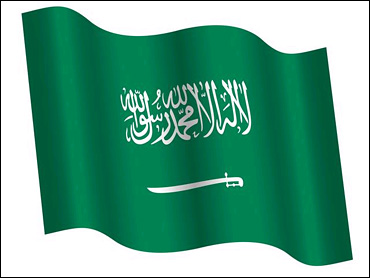 The Saudi religious police launched Thursday a nationwide crackdown on stores selling items that are red or in any other way allude to the banned celebrations of Valentine's Day, a Saudi official said.

Members of the feared religious police were inspecting shops for red roses, heart-shaped products or gifts wrapped in red, and ordering storeowners to get rid of them, the official said. He spoke on condition of anonymity because he was not authorized to speak to reporters.

Red-colored or heart-shaped items are legal at other times of the year, but as Feb. 14 nears they become contraband in Saudi Arabia. The kingdom bans celebration of Western holidays such as Valentine's Day, named after a Christian saint said to have been martyred by the Romans in the 3rd Century.

Most shops in Riyadh's upscale neighborhoods have removed all red items from their shelves. A statement by the religious police, informally known as the muttawa, was published in Saudi newspapers, warning shop owners against any violations.

"Those who don't comply will be punished," the statement said, without spelling out what measures would befall the offenders.

The Valentine's Day prohibition is in line with Saudi's strict Wahhabi school of Islam that the kingdom has followed for more than a century. The birthplace of Islam also bans several Muslim holidays except the two most important ones because it considers them "religious innovations" that Islam doesn't sanction.

Even birthdays and Mother's Day are frowned on by the religious establishment, although people almost never get punished for celebrating them.

Many Saudis, who still want to mark the popular Valentine's, do their shopping weeks before the holiday.

Each year, the religious police mobilize ahead of Feb. 14 and descend on gift and flower shops, confiscating all red items, including flowers.

Attitudes toward Valentine's Day vary across the Arab world, with devout Muslims opposing the holiday as a Western celebration of romantic love that corrupts Muslim youth.

The Egyptian capital, Cairo, is a sharp contrast to the Saudi restrictions, with shops and restaurants going overboard in red ribbon and heart decorations.

Dubai, a conservative Muslim city-state with a Western outlook, is every year taken over by a Valentine craze. Luxury hotels are draped in red, offering romantic dinner specials. Malls and cafes are decorated with giant hearts and flower shops offer promotional deals on roses and fancy bouquets.

Apparently prompted by the Saudi ban, a group in the Philippines advocating the welfare of Filipino overseas workers - a million of whom work in Saudi Arabia and another million elsewhere in the Middle East - cautioned its countrymen to celebrate Valentine's Day only in private and refrain from publicly greeting anyone with "Happy Valentine's" across the region.

"We are urging fellow Filipinos in the Middle East, especially lovers, just to celebrate their Valentine's Day secretly and with utmost care," said John Leonard Monterona of the Migrante group.

He said the group advised against carrying anything that is red, including toys, hearts, and flowers, or even wearing red dresses or T-shirts. Instead, he urged Filipinos to visit Internet cafes to chat with their loved ones, give them a call or send text messages.