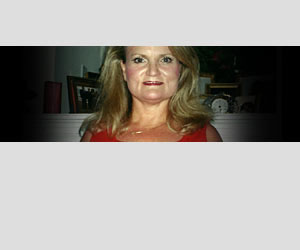 (CBS) On Valentine's Day weekend in 2009, Alec McNaughton and his wife Cathy celebrated their love for each other over breakfast. They exchanged sentimental cards at their home in Sharpsburg, Ga., not far from Atlanta. They expressed their appreciation for each other in handwritten notes in those cards. They even exchanged chocolates. And then, within hours, police say, McNaughton stabbed Cathy at least 31 times, ending her life.

The murder of Cathy McNaughton was featured on 48 Hours | Mystery.

The crime was shocking but the fact that it occurred around a holiday was not. In fact, police and domestic violence experts around the country have said time and again that holidays can sometimes bring out the worst in partners and that violence increases during holiday periods which are also times of stress and disagreement. Valentine's Day is no exception.

"Families are together a lot more, issues can be brought up face to face," Memphis Police Lt. William Freed told The Commercial Appeal in December. "Alcohol is involved in a lot of celebrations and sometimes that gets out of hand. We see it all holidays - even Valentine's Day."

The evidence is anecdotal but it seems when couples focus on their relationships around Valentine's Day, the outcome can be deadly. Consider the evidence:

Taking note of all the violence on this particular day, National Museum of Crime and Punishment in Washington DC is featuring an exhibit called "Crimes of Passion" from Feb. 11 - 14.

According to the museum's website: "Upon entering the museum, our on-staff wardens will bind couples together and lead them on their way to tour the three floors of the museum. As they view over 600 exhibits regularly featured at the museum, they will also enjoy special exhibit boards placed throughout explaining various crimes of passion, many of which took place in the D.C. metropolitan area..."

"The cost is $30.00 per couple and includes a pair of souvenir handcuffs."