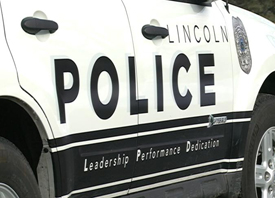 (CBS/AP) LINCOLN, Neb. - Police say they believe they have nabbed the vacuum bandit.

No, he doesn't steal Hoovers.

The Lincoln Journal Star reports police on Tuesday ticketed a man they say used a vacuum to suck quarters out of several apartment laundry machines.

The man was caught on a surveillance camera on March 4.

Photos show a man entering an apartment laundry room with a backpack, which contained a vacuum. The man pries open the coin tray, plugs in the vacuum and sucks out the change.

Police say 40-year-old William Logan, of Lincoln, was cited for suspicion of misdemeanor theft. Officials say he no longer had possession of the vacuum.

As for what police think of the vacuum bandit, well...you can write that one yourself.