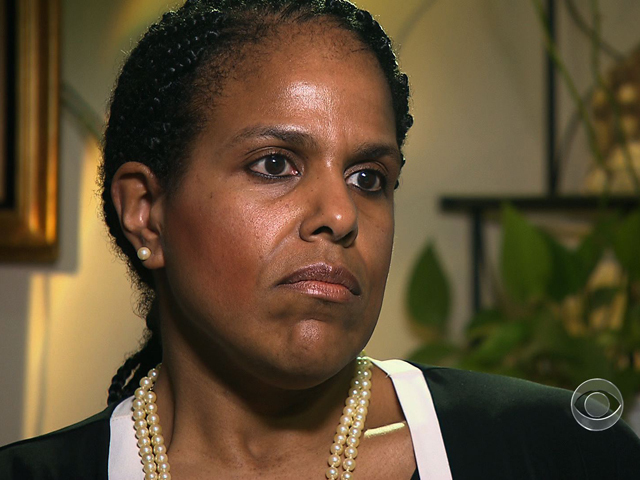 (CBS News) Veterans who suffer from post-traumatic stress disorder will be getting much-needed help. This week, the Department of Veterans Affairs said it has hired more than a thousand new specialists on orders from President Obama. It might not have happened if a VA doctor had not sounded an alarm. But now that psychologist says she's being punished.

"It did weigh on me pretty heavily," said psychologist Michelle Washington. "I felt like as a therapist I'm not doing what I was trained to do."

Washington said that in 2011, the Wilmington, Del., veterans hospital was overwhelmed by the number of troops returning from war with PTSD.

"There was a massive delay in the treatment," she said. "Often what happens is they start medicating with drugs or alcohol, and they don't come back. And they end up getting lost in the system and lost out there in the world without the help."

At the VA hospital where she works, Washington said her concerns were ignored by supervisors. So she accepted an invitation to appear before the Senate Veterans Affairs committee. But after she requested time off to testify, she received the first and only unsatisfactory performance rating of her five-year career at the VA.

"I remember going to my office almost on the verge of tears," said Washington. "I had to really grasp, pull myself together because I had a patient waiting for me."

CBS News reviewed each of Washington's performance ratings. She was rated outstanding on all of them, except for one that reads: "She does not use her supervisory channels to address issues" with the PTSD program.

"I was really worried about what might happen," said Washington when asked if she was afraid to lose her job.

Risking her career, Washington, whose father was a Navy veteran, spoke her mind.

"Too often, I am told that the patient will have to wait as long six weeks for the first appointment," she said at the hearing in 2011.

After the hearing, she said the retaliation continued, when she was stripped of her core duties screening new patients for PTSD and brain injury.

"I think it's wrong," said Iraq War veteran Vincent Shavico, one of Washington's former patients. "She cares about the people. That's what her whole focus is, just taking care of the troops that come back."

In a statement, the VA denied it retaliated against Dr. Washington, saying "VA does not tolerate retaliation and reprisal against any employees."

Given what she knows now, Washington said she would probably testify again "because somebody needed to do it."

"My dad -- he and I were really close. He would always tell us, 'If you did the right thing for the right reason, I'll be proud of you.' So I think he's up there in heaven proud of me."

Five months after Michelle Washington testified, the VA's inspector general found she was right. It said the VA did not provide patients with "timely" mental health care.But Washington said her duties have not been fully restored.