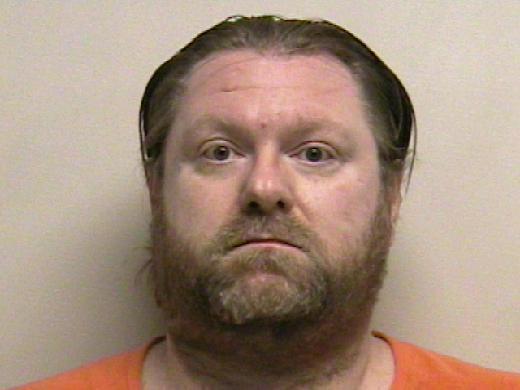 SALT LAKE CITY -- A Utah man forced a teenage girl to kneel and watch her boyfriend being beaten and stabbed before she was killed and thrown down an abandoned mine shaft, prosecutors said Tuesday. Jerrod W. Baum, 41, killed the couple moments after congratulating them because he believed they were expecting a baby, according to court documents.

However, Brelynne "Breezy" Otteson, 17, was not pregnant at the time of her death, prosecutors said.

Utah County prosecutor Chad Grunander did not elaborate on why Baum believed Otteson was pregnant before he cut her throat.

Baum has been charged with eight felonies, including two counts of aggravated murder, kidnapping and desecration of a human body. His attorney has not returned calls seeking comment.

Baum could face the death penalty if convicted in the deaths of Otteson and her boyfriend, 18-year-old Riley Powell, who authorities say suffered a stab wound to his groin.

"He doesn't deserve a life," said Bill Powell, Riley Powell's father. "We as the taxpayers don't need to support him and give him a life, because he took life."

His younger sister Nikka Powell cried as she talked about facing the reality they are dead.

"They had a whole life to live," Powell said. "Me and my brother were so close, and I was so close to Breezy. We did everything together. And it's just hard to actually realize that they're gone now."

Police say Baum killed the couple after they visited his girlfriend despite Baum's warning against her having male visitors.

The teens were missing for nearly three months before their bodies were found last week in the abandoned mine about 75 miles south of Salt Lake City.

The break in the case came when Baum's girlfriend Morgan Henderson was arrested in a separate case and led police to the bodies.

Authorities believe Henderson witnessed the slayings. She is being held on suspicion of obstruction of justice, though Grunander did not rule out the possibility of additional charges.

Henderson is the only other person under investigation in the deaths, he said. No attorney was available Tuesday on her behalf.

Authorities are still investigating why she didn't tell police what she knew sooner, though Grunander said she was threatened at one point.

"We obviously wish she would have come forward earlier," he said. "That would have saved additional grief for the family."

CBS affiliate KUTV reported that Baum told Henderson he never "killed an innocent before," but prior arrests paint a different picture. When Baum was 15 years old, he was tried as an adult for a crime spree with an attempted murder charge. The station reported Baum took a plea deal for going into a Burger King and firing at employees while trying to rob it. The murder charge was dismissed without prejudice.

If prosecutors don't pursue the death penalty, Baum could face a minimum of 25 years to life in prison if convicted.