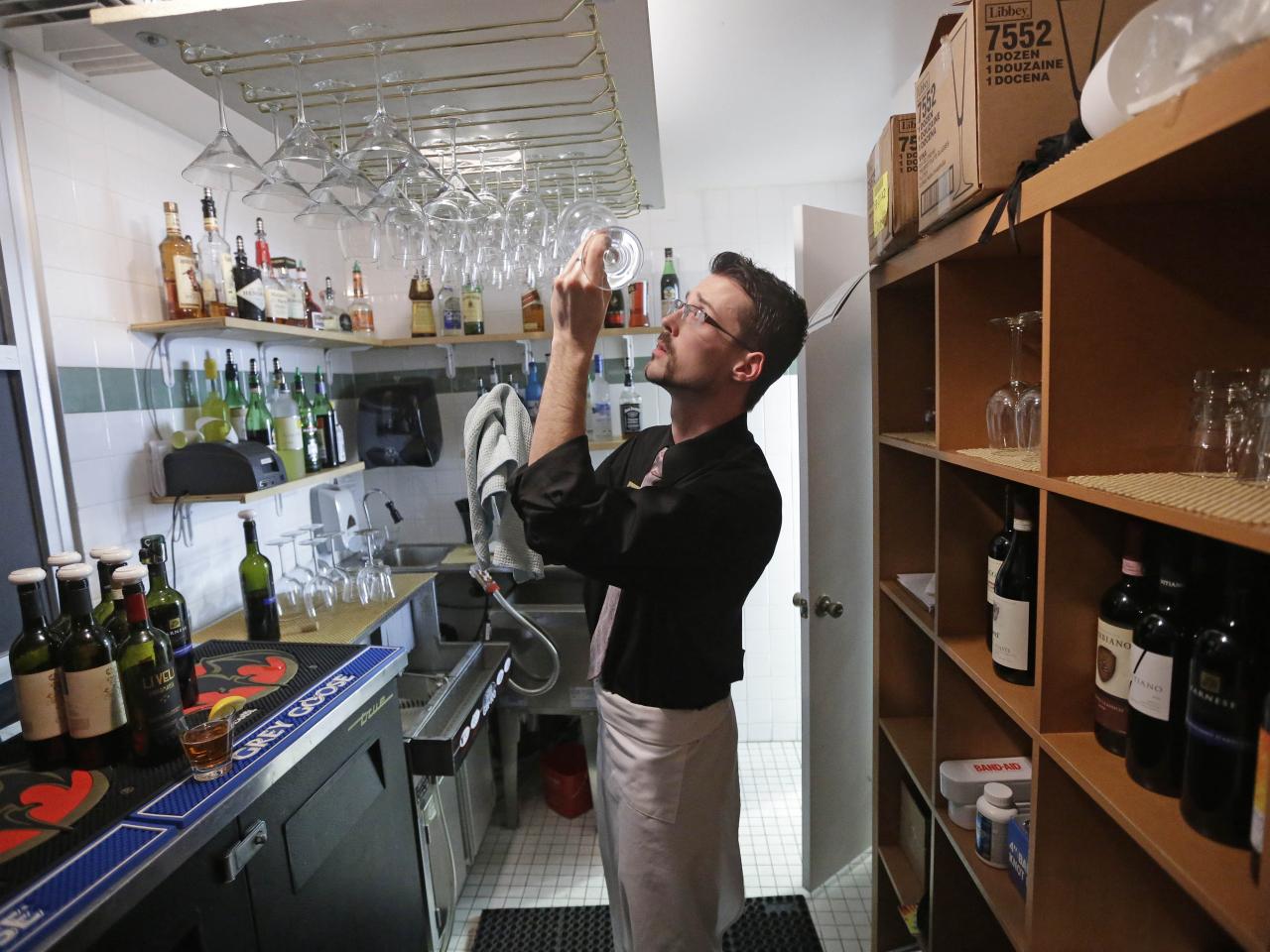 SALT LAKE CITY -- Utah's so-called Zion curtain would be torn down and customers wouldn't have to order food to get a drink if one lawmaker has his way in loosening the state's famously strict liquor laws.

The proposal from Rep. Kraig Powell, R-Heber City, comes just days after the Mormon church urged legislators to keep existing regulations in place in a hefty multimedia policy statement featuring one of the faith's top leaders drawing a line against efforts to ease up on liquor restrictions.

Powell, a member of the Mormon church, said Monday that his conversations with owners and workers in Park City's restaurants and resorts led him to craft the measure that would allow bartenders to pour and mix alcoholic drinks in plain sight instead of back rooms or behind partitions. It would also allow customers at restaurants to order an alcoholic drink without having food.

The law requiring drinks be made behind partitions has come to be known as the "Zion curtain" in a nod to Utah's legacy as home to The Church of Jesus Christ of Latter-day Saints.

A proposal to get rid of the rule died in the Senate last year. It likely faces significant odds this year, especially in light of the Mormon church's effort last week to retain regulations.

Lawmakers returned to the state Capitol on Monday for their annual legislative session, which lasts five weeks.

Powell said he met recently with church leaders, who told him the two rules he wants to scrap are key elements in curbing irresponsible drinking. Powell shares that end goal, but said he doesn't think the current rules assist it.

He fears that such restrictions prevent people from visiting the state's attractions, which include world-class ski runs and ample convention center space. Powell said visitors question what's going into their drinks when restaurant staffers disappear, and servers consider navigating the barricades a headache.

The current rule requiring servers to ask customers whether they plan to eat before ordering a glass of wine or beer leads to very awkward conversations, he said.

"The servers don't know how really to ask that properly sometimes without offending people," said Powell, an attorney who has been in the Legislature since 2009. "It's something they're not used to in other places."

The new proposal from Powell echoes cries from Utah's restaurant, bar and tourism industries that have successfully lobbied lawmakers to slowly loosen Utah's rules governing the sale of beer and alcohol in recent years, including nixing a requirement that bars operate as members-only social clubs.

Still, aside from the laws Powell has targeted, liquor licenses in Utah are issued to restaurants based on state population quotas, creating a long waiting list. In establishments that do serve alcohol, portion sizes are tightly controlled. And other alcohol sales are limited to state-run liquor stores, where beer is not refrigerated and ancillary items such as margarita mix aren't sold.

In its statement last week, Mormon church leaders said the state's "reasonable" alcohol restrictions aren't unusual and effectively curtail binge and underage drinking and DUIs while still allowing people to drink responsibly. Leaders say current rules are "closely tied to the moral culture of the state" and prevent the state from falling into an "alcohol culture." They aren't proposing banning alcohol and don't want to impose the faith's rules on the entire state.

Experts have said the church's webpage, which features a video interview with one of the faith's top leaders, could have a chilling effect on efforts to change state liquor laws this session since the church is such a powerful political force. The majority of Utah legislators are Mormons and an estimated two-thirds of the state's residents belong to the faith.

Avoiding alcohol is a fundamental part of being considered a fully practicing member of the Mormon church, religious experts say. Those who drink alcoholic beverages can't worship in temples and face social stigma.

Powell acknowledges that as it stands now, the bill has little chance of clearing the state Senate. So far, in 2014, no senator has signed on to back Powell's proposal. But he says he hopes the two houses will reach a compromise.

Senate President Wayne Niederhauser said Monday that he doesn't think there's an appetite for these proposals among Republicans in his chamber, but he stopped short of voicing opposition because he hasn't seen the measure yet.

But House Speaker Becky Lockhart said Monday that she would like to see the state get rid of the Zion curtain. The Provo Republican said the state should let go of alcohol laws that don't minimize problems such as underage drinking, driving while intoxicated and overconsumption.

Lockhart, a Mormon, said she has no problem confronting the position taken by the LDS Church. "I'm comfortable having my own position on all kinds of issues," she said.