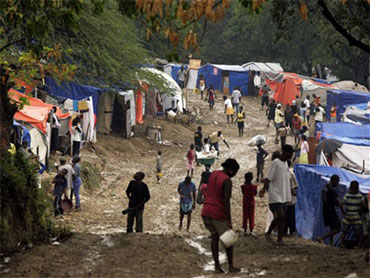 A smiling Nancy Reagan greeted sailors aboard the aircraft carrier USS Ronald Reagan on Friday as it arrived at its homeport in San Diego Bay for the first time.

Thousands of spectators, mainly relatives of sailors aboard the ship, filled grandstands along the pier at Naval Air Station North Island in Coronado. Others lined the mainland side of San Diego Bay to witness the arrival of the Navy's newest carrier.

Under overcast skies, a flotilla of pleasure boats and fire boats shooting 50-foot streams of water escorted the ship, and sailors in white uniforms lined its edges as it reached the dock to the cheers of the crowd.

Mrs. Reagan had arrived aboard the ship by helicopter as the vessel approached the San Diego coast Friday morning.

The late president's son Michael Reagan, actor Tom Selleck, the country music group SHeDAISY and the news media were also aboard, after flying out a day earlier as the ship cruised hundreds of miles offshore.

The USS Reagan towers 20 stories above the waterline and is nearly as long as the Empire State Building is tall. Its flight deck covers 4½ acres.

Mrs. Reagan had christened the partially completed ship in 2001, breaking a bottle of American sparkling wine against its bow. She was on hand in Norfolk, Va., again last year when it was commissioned, telling the crew to "bring her to life."

Capt. Andres "Drew" Brugal, the executive officer, said he thrilled to be hosting Mrs. Reagan aboard the ship.

"Obviously it's kind of a sad time right now, so close to the president's death. She's the sponsor of the ship and we're very happy to see her," he said.

In a nod to Reagan's Hollywood days, the ship also has a celebrity walk of fame with such names as Alfred Hitchcock and Spencer Tracy on the mess deck.

Ahead of the ship's arrival, a carnival atmosphere prevailed along the pier. SeaWorld workers dressed as whales and a Navy band playing rock music shared space with vendors hawking souvenirs, soft drinks and commercial services.

"I think it's a special ship, and it's named for a special person," said Gail Everett, 46, who drove from Atlanta to attend the ceremony and see her son, a sailor aboard the USS Reagan.

The ship sailed May 27 from Norfolk with a crew of 3,600, making its lengthy journey through the Straits of Magellan at the tip of South America.