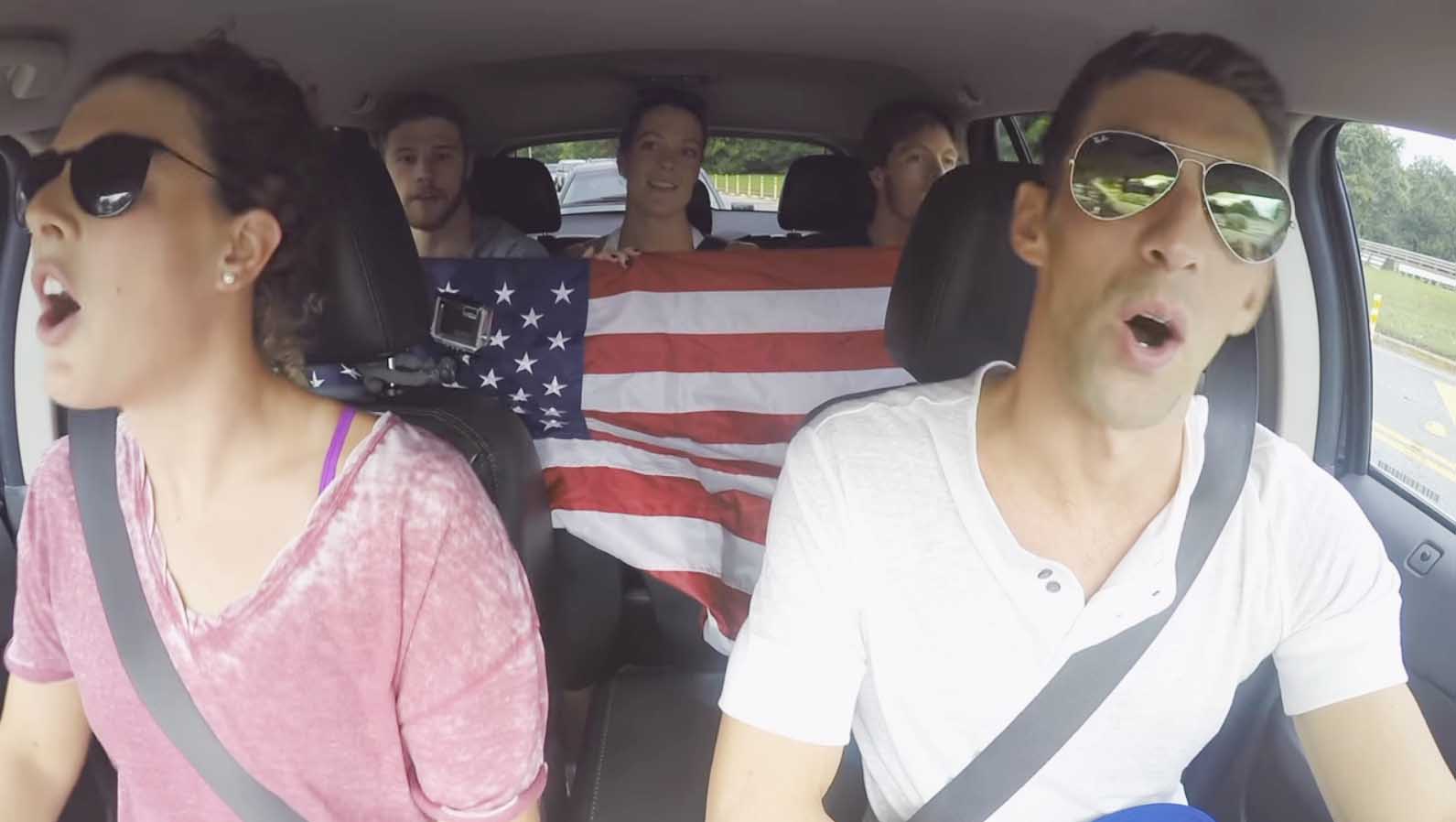 The Olympics are probably the biggest event in a swimmer's career, so it's important to maintain focus and undergo strict preparation.

So what is the U.S. swimming team doing just days before hitting the pool for the 2016 Rio Olympics?

In a video released by USA Swimming, you can see Michael Phelps, Katie Ledecky, Missy Franklin and other Olympians singing their hearts out to some of their favorite tunes.

In an homage to the recurring skit on The Late Late Show with James Corden, Phelps really gets into the Zac Brown Band's "Chicken Fried," while some of the female swimmers get down to "Bo$$" by Fifth Harmony.

Hopefully they bring this kind of energy and excitement to the pool. Swimming events begin on Saturday.