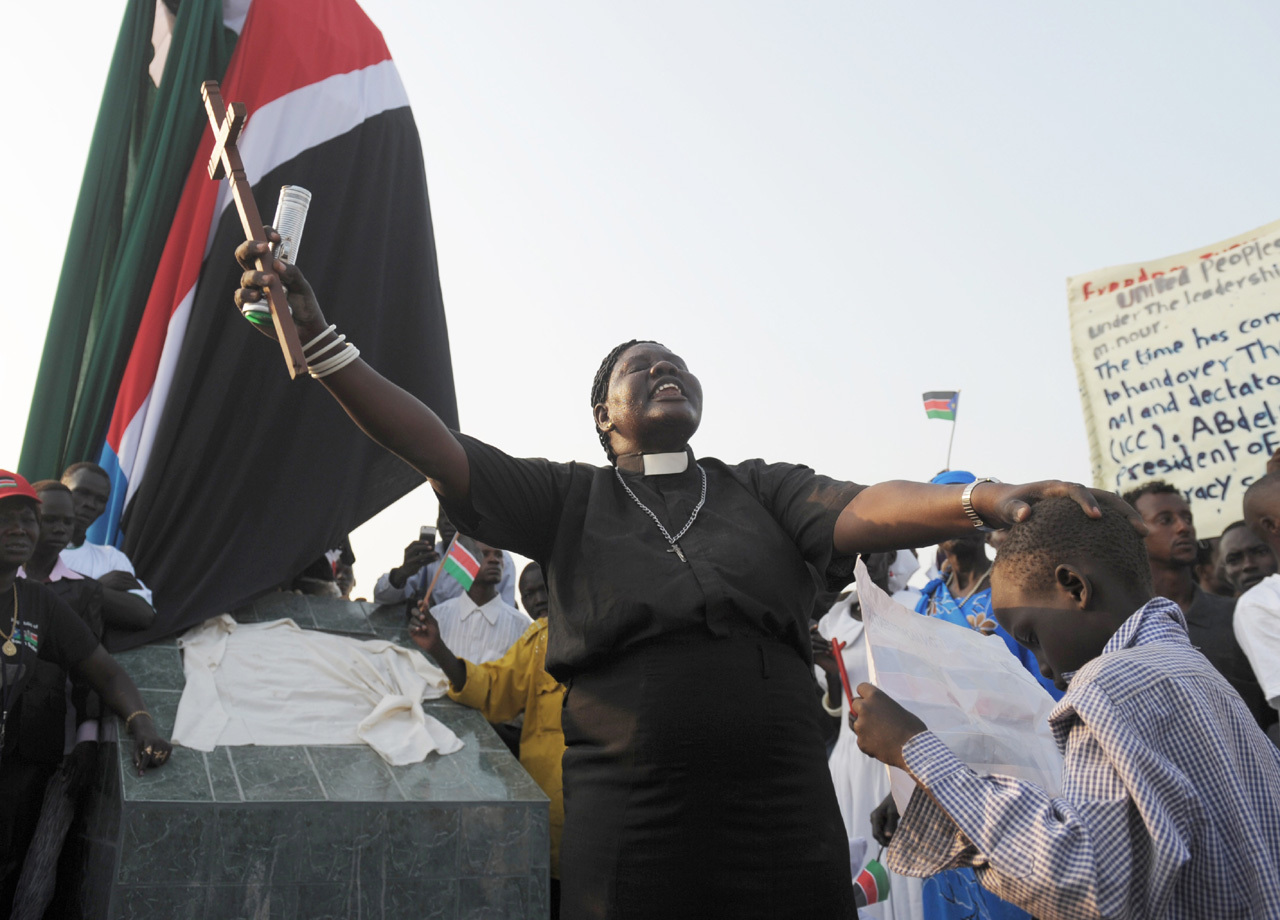 Declaring the "birth of a new nation," President Barack Obama welcomed the creation of the new state, the Republic of South Sudan, which was negotiated six years ago after a bloody civil war by then-Secretary of State Colin Powell.

"A proud flag flies over Juba and the map of the world has been redrawn," Mr. Obama said in a statement recognizing the new country. "These symbols speak to the blood that has been spilled, the tears that have been shed, the ballots that have been cast, and the hopes that have been realized by so many millions of people. The eyes of the world are on the Republic of South Sudan. And we know that southern Sudanese have claimed their sovereignty, and shown that neither their dignity nor their dream of self-determination can be denied."

The world's newest nation, which is the size of Texas, will become the U.N.'s 193rd country, with Powell, President Obama's U.N. Ambassador Susan Rice, and U.N. Secretary-General Ban Ki-moon among the dignitaries present for the ceremony in the capital Juba.

Oil rich, with $12 billion of oil revenue since 2005 (when the split with the North was negotiated), South Sudan started anew today, with a population that is desperately poor and still reliant on the North to transport its oil. It is hopeful that a September conference - offered by President Obama - will bring resources and relations to the country.

Declaring independence is a heady experience - Americans knew that back in the day, and it was visible again today, as the new President Salva Kir Mayardit (a former rebel in the Sudan civil war) spoke of the goals of South Sudan - to be democratic, inclusive and accountable - as he cautioned against corruption, which has been rampant.

The hope of the new Republic of South Sudan is that the civil war which took two million lives and raged for two decades between the north (which includes Darfur) and the south is over, and that peace will mark the region now that the predominantly Arab Muslim north and the African Christian south are separate states.

South Sudan's declaration of independence was achieved because of a U.S.-supported agreement brokered six years ago by the Bush administration, and the hope in Juba is that the U.N. (which authorized a peacekeeping force on Friday) and the U.S. will be able to find the resources to help South Sudan get on its feet.

The expectation of South Sudan is that it can prosper now that it is separated from the rogue north - which is under U.S. and U.N. sanctions, and which is run by Omar al-Bashir (also present at today's ceremony), whom the International Criminal Court is waiting to try if he is turned in because of his role in crimes against humanity in the Darfur region.

Declaring "we the people," South Sudan's new President Kir Mayardit certainly has based his expectations on help from Washington and the international community. Time will tell if the new republic will be able to stand on its own.