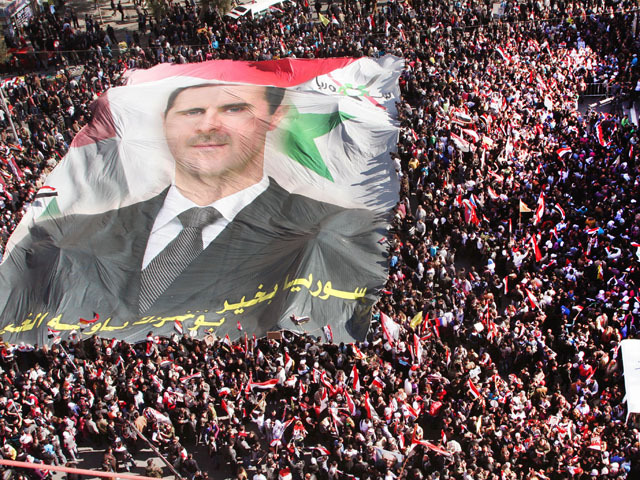 BEIRUT - The U.S. Embassy in Damascus urged its citizens in Syria to depart "immediately," and Turkey's foreign ministry urged Turkish pilgrims to opt for flights to return home from Saudi Arabia to avoid traveling through Syria.

"The U.S. Embassy continues to urge U.S. citizens in Syria to depart immediately while commercial transportation is available," said a statement issued to the American community in Syria Wednesday and posted on the Embassy's website. "The number of airlines serving Syria has decreased significantly since the summer, while many of those airlines remaining have reduced their number of flights."

The warning followed an announcement in Washington this week that Ambassador Robert Ford would not return to Syria this month as planned, indicating concerns over his safety.

The Turkish foreign ministry on Wednesday urged Turkish pilgrims to opt for flights to return home from Saudi Arabia and avoid traveling through Syria for security reasons.

Meanwhile, Syrian security carried out raids in rebellious areas in the center and the south of the country Wednesday, and at least six people died, raising the death toll in the past two days to 34, activists said, as the U.S. and Turkey took unusual steps to protect their citizens.

Syrian President Bashar Assad was under increasing international pressure to stop the brutal crackdown, but no effects were apparent on the ground.

Activists and human rights groups said at least six people died in central and southern Syria on Wednesday, some during raids by Syrian security forces, and others who died of injuries sustained earlier.

Wednesday's casualties raised to 34 the number of Syrians killed in the past 24 hours.

Two main activist groups, the British-based Syrian Observatory for Human Rights and the Local Coordinating Committees, documented the deaths, which were reported Tuesday in the central cities of Hama and Homs, the eastern city of Deir el-Zour and elsewhere.

The violence came a day ahead of Arab League talks in Cairo to assess the Syria crisis after the 22-member organization rejected proposed Syrian amendments to its plan to send Arab observers to Syria to protect civilians.

The Arab League suspended Syria's membership over the bloodshed and Syria's failure to abide by an Arab peace plan it signed.

A key U.N. committee voted Tuesday to condemn human rights violations by Assad's government and called for an immediate end to all violence. Nearly 4,000 people have been reported killed in the military crackdown on the popular uprising since March.

The nonbinding resolution adopted by the General Assembly's human rights committee calls on Syrian authorities to implement the Arab League peace plan, agreed to earlier this month, "without further delay."

The resolution, sponsored by Britain, France and Germany, was passed by a vote of 122-13 with 41 abstentions. It must now be approved at a plenary session of the 193-member world body, where its adoption is virtually certain.

U.S. Ambassador Susan Rice said in a statement that the committee's first-ever resolution on Syria's human rights violations "has sent a clear message that it does not accept abuse and death as a legitimate path to retaining power."

Syria's U.N. Ambassador Bashar Jaafari again accused Britain, France and Germany of "waging a media, political and diplomatic war against Syria" and encouraging armed groups to engage in violence rather than national dialogue with the government.