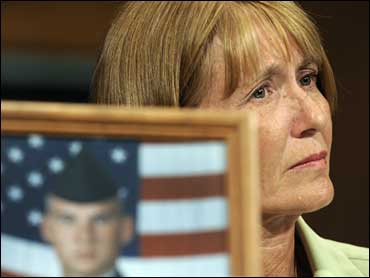 The military is racing to inspect more than 90,000 U.S.-run facilities across Iraq to reduce a deadly threat troops face far off the battlefield: electrocution or shock while showering or using appliances.

About one-third of the inspections so far have turned up major electrical problems, according to interviews and an internal military document obtained by The Associated Press. Half of the problems they found have since been fixed but about 65,000 facilities still need to be inspected, which could take the rest of this year. Senior Pentagon officials were on Capitol Hill this week for briefings on the findings.

The work assigned to Task Force SAFE, which oversees the inspections and repairs, is aimed at preventing deaths like that of Staff Sgt. Ryan Maseth, 24, of Pittsburgh. He died in January 2008, one of at least three soldiers killed while showering since the invasion of Iraq in 2003.

Scores more soldiers suffered shocks between September 2006 and July 2008, according to a database maintained by KBR Inc., the Houston-based contractor that oversees maintenance at most U.S. facilities in Iraq.

"We got a ton of buildings we know probably aren't safe and we just don't have them done yet," said Jim Childs, an electrician the task force hired to help with the inspections. "It's Russian roulette. I cringe every time I hear of a shock."

Ron Vance, who served as a sergeant in the California Army National Guard, remembers being knocked out cold in a shower building in 2004 in Taji, Iraq. He said he screamed and fell while showering, suffering burns on his back and shoulders. Another soldier who tried to pry him from the shower head also was injured. Vance, 57, of Fresno, Calif., said he's still too traumatized to shower without his wife nearby.

"Just imagine getting the news that they've done 25,000 facilities, but your son or daughter is in the 65,000 they haven't done," Casey told the AP.

KBR is the target of a wrongful death lawsuit filed by Maseth's family. They claim the company knew there were electrical problems in the building where he died, but didn't fix them. His mother testified last year on Capitol Hill.

Army investigators have since reclassified Maseth's death as negligent homicide caused by KBR and two of its supervisors. An Army investigator said KBR failed to ensure work was done by qualified electricians and plumbers. The case is under legal review.

"KBR is not responsible for the electrocution deaths widely reported, including that of Staff Sgt. Ryan Maseth," Heather Browne, a KBR spokeswoman, said in an e-mail.

KBR and another contractor, Arkel International, are the targets of a second lawsuit, filed by the family of another soldier electrocuted in Iraq, Staff Sgt. Christopher Lee Everett, 23, of Huntsville, Texas. Everett, a member of the Texas Army National Guard, was killed in September 2005 when the power washer he was using to clean a vehicle short-circuited.

Task Force SAFE inspectors found many of the facilities that fall under KBR's contract have electrical problems, according to an internal military document obtained by The Associated Press. Of the 20,340 maintained by KBR and inspected so far, 6,935 failed the government inspection, the document said. When about 2,000 of the buildings with faulty work were re-inspected, the facilities passed, the document said.

The Defense Contract Management Agency has accepted KBR's plans to correct the problems, according to the document the AP obtained. It said the agency will closely oversee KBR's work.

"If they found widespread problems, the obvious question is why has there not been action to remove the contract and bring in another contractor?" Dorgan said.

Task Force SAFE (the acronym stands for Safety Action for Fire and Electricity) said it is making progress. The Army is tracking reports of just over two fires each day in Iraq, mostly blamed on electrical faults. But that's down from nearly five fires a day, Brig. Gen. Kurt Stein said in an e-mail to the AP. Stein said the number of electrical shocks has also been reduced.

"Although we are still seeing some electrical shocks, they tend to be minor and are often preventable," Stein said.

In addition to the repairs, Stein said the military has purchased more reliable surge protectors to replace ones that had been bought in Iraq.

"Our hearts go out to the families of those who died or were injured from electrical shock or fire," Stein said. "We take our job to inspect, identify, repair and prevent electrical and fire incidents very seriously."

Vance, the guardsman who was shocked in the shower, said the military didn't take his injuries seriously. He's since retired on partial disability from the Veterans Affairs Department for a "cognitive disorder" related to the incident, but he has sought additional compensation for what he describes as ongoing knee and shoulder problems for falling in the shower.