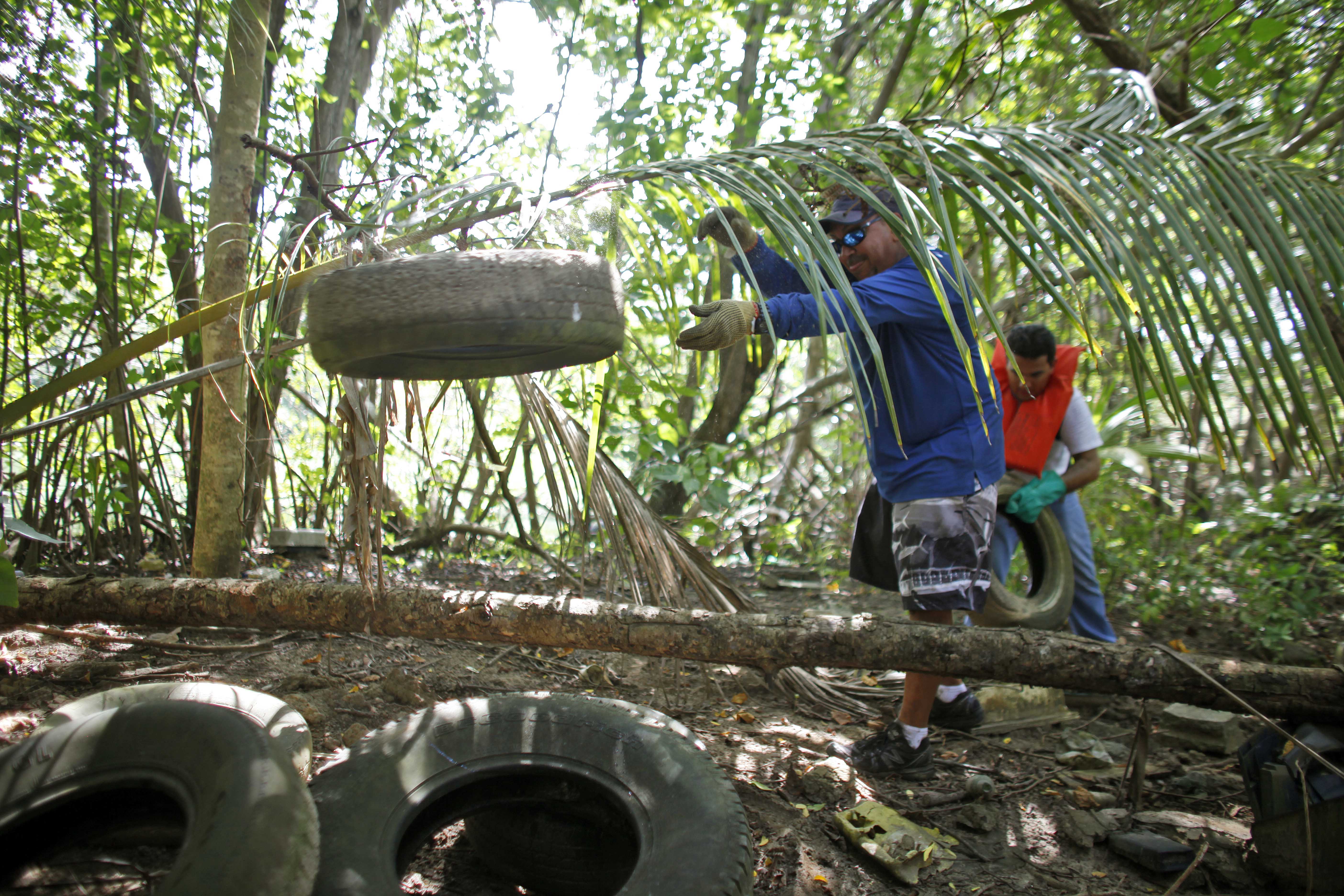 SAN JUAN, Puerto Rico -- The United States pledged Friday to help clean one of Puerto Rico's most polluted waterways in a move to end a 15-year struggle by the U.S. territory to eliminate raw sewage and mounds of garbage from a community where thousands of people live.

The agreement signed by the U.S. Environmental Protection Agency and other organizations marks the beginning of an extensive, multimillion-dollar cleanup of the four-mile long Martin Pena Channel. It forms part of the San Juan Bay Estuary in the heart of Puerto Rico's capital and is home to more than 25,000 people descended from impoverished migrants that arrived in the mid-1900s from the island's rural areas.

"This is a serious issue we need to solve soon," she said. "The people of the channel have suffered for too long in terms of the pollution, the flooding."

Enck said the project is the EPA's top priority in Puerto Rico and could serve as a national model for urban water restoration projects across the mainland U.S.

The plan calls for dredging more than two miles of the canal and the removal of some 800,000 cubic yards of garbage and sediment, which is expected to impact 6,600 acres worth of estuary habitat.

The cleanup also aims to reconnect a bay and lagoon that form part of the estuary by having crews excavate a solid mass of garbage that blocks the channel's entrance and cuts off the ocean's natural flow.

Some channel sections that once were 400 feet wide have shrunk to three feet because of the accumulated trash, which residents use as improvised walkways. Before the pollution problems began, it was common for impoverished families to use the hoods of old cars as canoes to sail across the channel.

Ana Lydia Vazquez, a 79-year-old homemaker who has lived along the channel all her life, blinked to hold back tears following the announcement.

"I didn't believe this would ever happen," she said. "We've been fighting for something worthwhile."

Heavy pollution around the channel has already forced the relocation of about 500 families, and another 500 households will be moved as cleanup efforts begin, officials said. Puerto Rico is awaiting more than $60 million in federal funds for sewage and stormwater improvement projects and hopes to get another $150 million through the agreement signed Friday.

The project is part of a larger plan to attract more tourists to the urban wetland and revive the estuary, which is home to at least 160 species of birds, 300 types of plants and 124 kinds of fish.