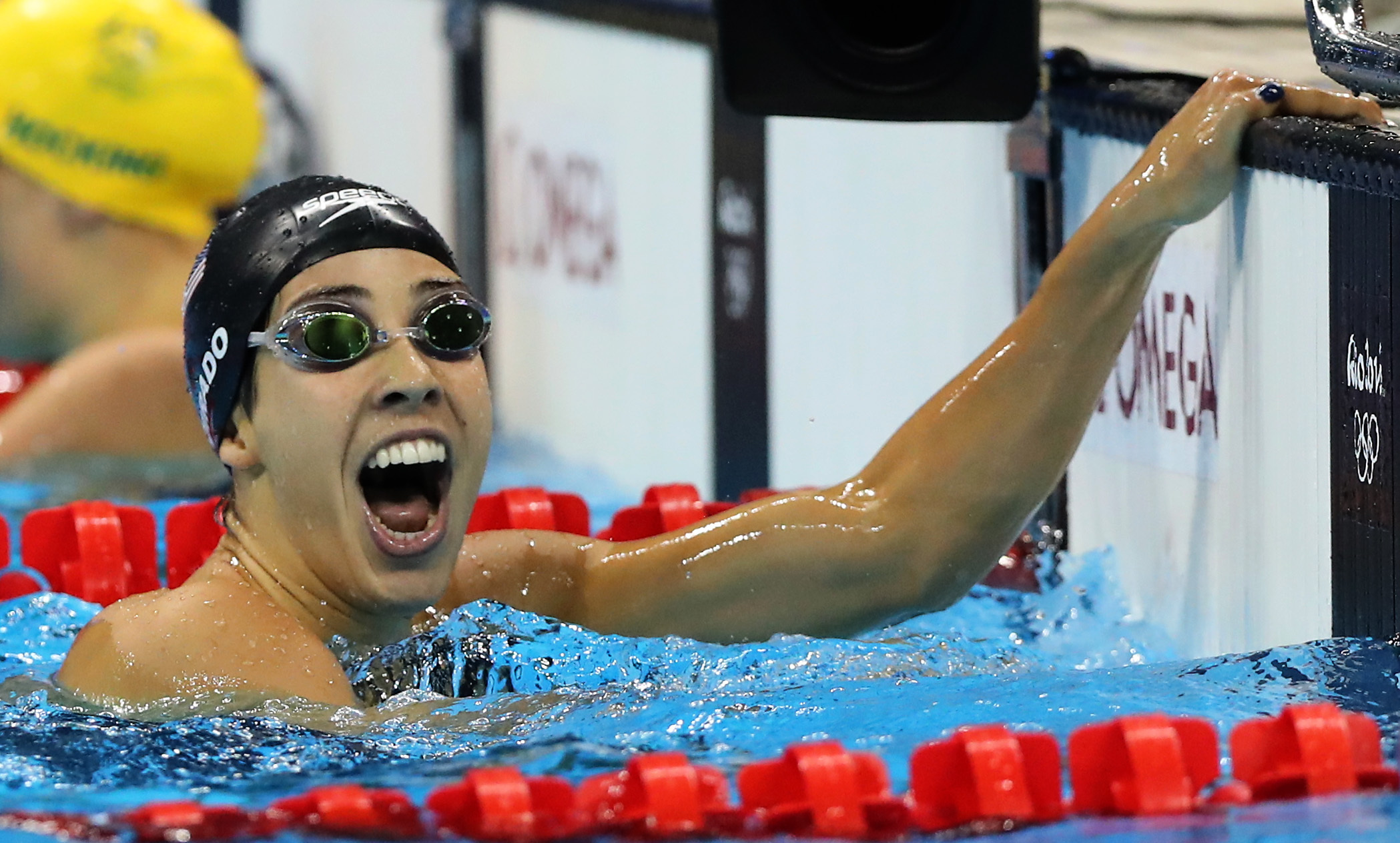 Hosszu got off to a blistering start and led almost the entire race. But DiRado rallied furiously on the final lap and got Hosszu at the touch to win in 2 minutes, 5.99 seconds.

DiRado couldn't believe what she had done in her one and only Olympics. She put her hands on her cap in disbelief when she saw he name on top of the scoreboard.