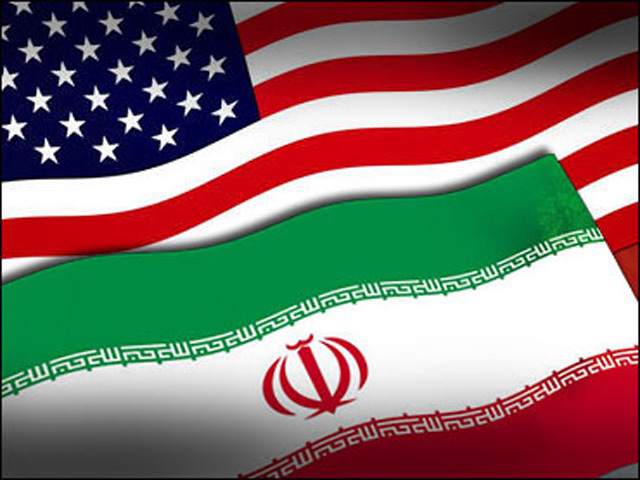 WASHINGTON - President Obama has ordered new sanctions on the Islamic republic, including its Central Bank, in a move to enforce a law he signed in December.

In a letter to Congress Monday, Mr. Obama said the tougher sanctions are warranted "particularly in light of the deceptive practices of the Central Bank of Iran and other Iranian banks." He said the problems included the hiding transactions of sanctioned parties, the deficiencies of Iran's anti-money laundering regime and the unacceptably high risk posed to the entire international financial system posed by Iran's activities.

Obama: U.S. intel on Iran nuke work "very good"
Obama: Israel has not decided on attacking Iran
How much can U.S. influence Israel on Iran?

Mr. Obama's fresh swipe at Tehran come as the White House tries to both ratchet up pressure on the Islamic republic to abandon its nuclear program and dissuade Israel from launching a unilateral strike on Iran, a move that could roil the Middle East and jolt the global economy.

Mr. Obama said Sunday he does not believe Israel has yet decided whether to attack Iran and still believes a diplomatic solution is possible.

Iran insists that its nuclear pursuit is for peaceful purposes, but the West accuses Iran of developing the know-how to build a nuclear bomb. Defense Secretary Leon Panetta last week would not dispute a report that he believes Israel may attack Iran this spring in an attempt to set back the Islamic republic's nuclear program.

A Treasury Department statement said the sanctions underscore that the administration is determined to hold Iran accountable for meeting international obligations over its nuclear program. The statement said Iran should get the message that "it will face ever-increasing economic and diplomatic pressure" until it answers the world's well-founded concerns about its nuclear intentions.

The sanctions amendment in the defense bill compelled U.S. punishment of foreign financial institutions that conduct transactions through Iran's Central Bank in order to import petroleum. Several U.S. allies in Europe and Asia engage in such business with Iran.

The administration expressed concern at the time that the sanctions could lead to a spike in global oil prices, hampering the American economic recovery and perhaps perversely enabling Iran to reap even greater revenues from its oil exports. That would defeat the purpose of the bill, which is to hamper Tehran's alleged support for international terrorism and its ability to fund its nuclear enrichment program.

Under the law, Mr. Obama had the option of waiving penalties for national security reasons.

The White House sees sanctions as an effective method of increasing pressure on Iran and officials say the penalties have started to squeeze Iran's economy.

In recent weeks, both the U.S. and European Union have imposed harsher sanctions on Iran's oil sector, the lifeblood of its economy.

In Washington, the Senate Banking Committee also easily approved yet more penalties on Tehran last week. The sweeping measure, which is not yet law, would target Iran's Revolutionary Guard Corps, require companies that trade on the U.S. stock exchanges to disclose any Iran-related business to the Securities and Exchange Commission, and expand penalties for energy and uranium mining joint ventures with Tehran.