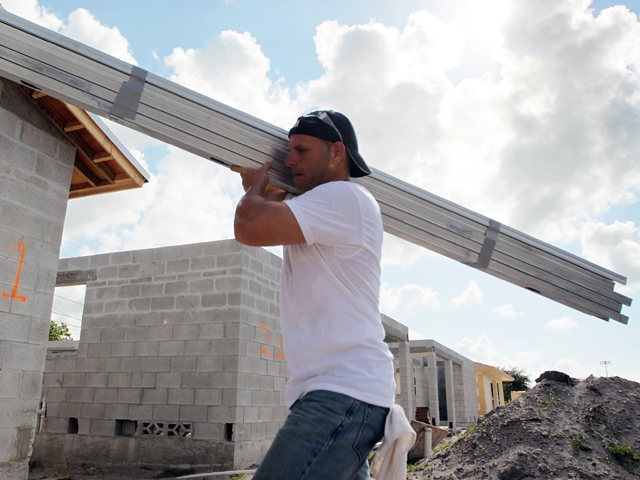 WASHINGTON U.S. service companies grew in September at the fastest pace in six months, helped by a sharp increase in customer demand.

The Institute for Supply Management, a trade group of purchasing managers, said Wednesday that its index of non-manufacturing activity rose to 55.1, up from 53.7 in August. Any reading above 50 indicates expansion.

The report measures growth at businesses that employ roughly 90 percent of the U.S. work force, from retail and construction companies to health care and financial services firms. The service sector has grown for 33 straight months.

In September, the survey noted that consumer demand rose sharply, which could help lift economic growth from its tepid pace and ultimately lead to more hiring.

A measure of current sales activity jumped to 59.9, up from 55.6 in August. And a gauge of new orders rose to 57.7, up from 53.7 in August. Still, the report noted that job growth slowed at service firms last month.

"Overall, this is an encouraging survey," said Paul Dales, senior U.S. economist at Capital Economics. "But more than a couple of stronger surveys will be needed to conclude that the economic outlook has brightened dramatically."

Faster growth at service firms also coincided with the first month of growth at U.S. factory activity since May. The ISM manufacturing survey, released Monday, said growth was also driven by a sharp jump in new orders.

Still, without more jobs and higher pay, economic growth is unlikely to accelerate from the paltry 1.3 percent annual rate recorded in the April-June quarter.

The ISM survey showed service companies kept adding jobs in September, although at a slower pace. A measure of hiring in the survey fell to 51.1, down from 53.8 in August.

Service companies have been a key source of job growth this year. They have created an average of 133,000 jobs per month, or 95 percent of the net jobs added since January.

Still, many of the new service jobs have been low-paying retail and restaurant positions.

Job growth will feature prominently in Wednesday night's debate between President Barack Obama and GOP challenger Mitt Romney in Denver, the first of three in this year's election. The economy is the top issue on most voters' minds with just five weeks left before Election Day.

Obama is expected to highlight the 5.1 million jobs created by private employers since February 2010. Romney will likely focus on the unemployment rate, which has been above 8 percent for the past three and a half years.