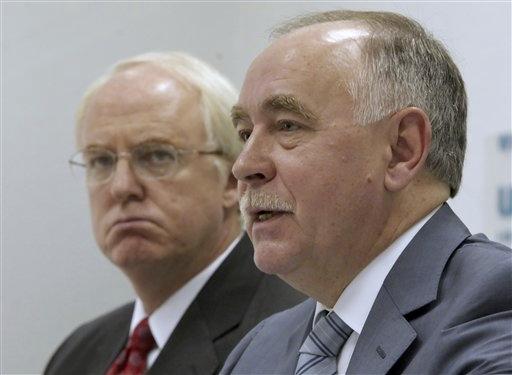 Russians sprang into action after U.S. officials tipped them off about a 30-year-old Moscow man looking to buy cocaine wholesale in the United States, Viktor Ivanov, head of the Russian anti-narcotics agency, told reporters.

Ivanov refused to identify the buyer, citing the ongoing investigation, but said the man organized concerts of Russian and foreign music stars and was looking to use his network of contacts to set up a drug trade business catering to high-profile Moscow clients.

The impresario allegedly worked with three accomplices, including a former police officer and his wife.

The man allegedly planned to import 100 kilogram (220 pound) shipments of cocaine through St. Petersburg on a regular basis and sell the drugs in expensive Moscow night clubs frequented by him and his business contacts.

The operation to track down and catch the drug traders took nearly six months.

Cocaine imports in Russia have been increasing by 25 percent each year in the past three years, Ivanov said.

U.S. Ambassador to Russia John Beyrle praised the operation as "clear evidence of the new spirit of cooperation between Russia and the United States in the war on drugs."