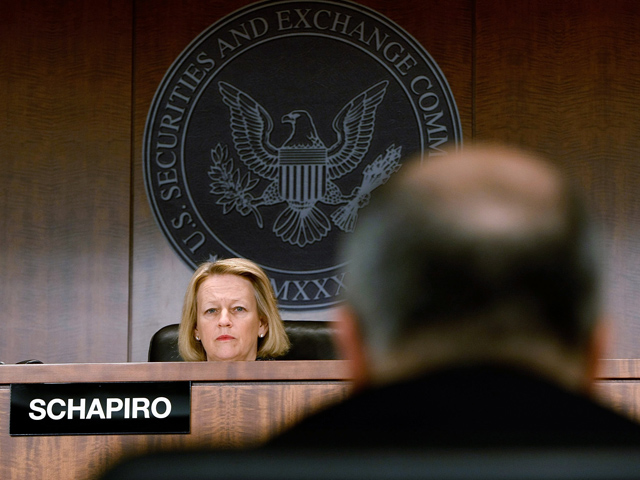 (AP) WASHINGTON - U.S. stock exchanges and markets must establish a uniform system for tracking all orders and trades under a rule approved Wednesday.

The Securities and Exchange Commission said the requirement is intended to make it easier for the government to investigate market disruptions, such as the "flash crash" two years ago that sent the Dow Jones industrial average plummeting nearly 600 points in five minutes.

The SEC voted 3-2 to require all U.S. exchanges and electronic trading platforms to keep the same form of audit trails covering orders from start to routing to execution. At the present time, audit trails vary among exchanges. Regulators say that has made it more difficult to get their hands on current order data.

Regulators say the change will make it easier to pinpoint the causes of disruptions.

Under the rule, the U.S. exchanges will have to jointly submit a proposed plan for creating an overall system to collect and identify every trading order from start to execution. The plan must be submitted to the SEC by April. If it is approved by the agency, the exchanges would have to start reporting information within a year.

The SEC was criticized after the May 6, 2010 flash crash, which hurt investor confidence and highlighted the agency's inability to keep pace with technological changes.

Traditional exchanges are now competing with electronic trading platforms. And high-frequency traders have computers that can place trades in fractions of a second, giving them an edge when buying or selling stocks.

The speed also can disrupt the system when there are errors. That's what happened during the flash crash.

SEC Chairman Mary Schapiro said the new system would allow regulators to get prompt access to most of the data and help them reconstruct what disrupted trading in days, rather than weeks. It will also make markets fairer and more efficient, she said.

Schapiro, a Democrat, was joined by the two Republican commissioners, Troy Paredes and Daniel Gallagher, in supporting the rule.

Democratic members Elisse Walter and Luis Aguilar voted against it. They expressed concern that the requirements for a new tracking system had been weakened from the SEC's original proposal made in late May 2010.

The proposed rule called for securities markets to report trading information to the central database in real time. In the final rule, they must submit the data by 8 a.m. Eastern the next trading day.

Regulators eventually determined that the flash crash occurred when an investment and trading firm executed a computerized selling program in an already-stressed market. The firm's trade, worth $4.1 billion, touched off a chain of events that ended with investors swiftly pulling their money from the stock market.