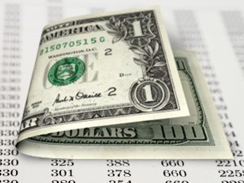 Derivatives are financial instruments that contributed to the 2008 financial crisis. They are used to hedge against future price fluctuations of an underlying commodity or security. But they were also used to bet against the housing market ahead of the crisis.

Most types of insurance, which are also used to minimize risk, won't come under the regulations, the CFTC said. And even those on the list could be exempt if investors can show they bought them solely to hedge against risks.