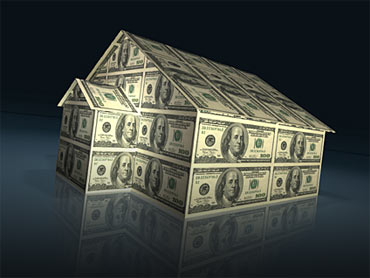 U.S. State Department official met Aung San Suu Kyi on Wednesday in a visit that marked the highest-ranking talks between an American and Myanmar's detained opposition leader in 14 years.

Assistant Secretary of State Kurt Campbell, the top U.S. diplomat for East Asia, greeted Suu Kyi with a handshake after she was driven to his lakeside hotel in Yangon where they met privately for two hours, said U.S. Embassy spokesman Richard Mei.

Campbell and his deputy, Scot Marciel, are the highest-level Americans to visit Myanmar since 1995. Their two-day trip, which included talks with senior junta officials, stems from a new U.S. policy that reverses the Bush administration's isolation of Myanmar in favor of dialogue with a country that has been ruled by the military since 1962.

The topic of talks with Suu Kyi was not immediately known, but the meeting offered the Nobel Peace Prize laureate her first trip in years outside the confines of her dilapidated home and a nearby government guesthouse, where she has met U.N. and junta officials in the past. The 64-year-old Nobel Peace Prize laureate has been detained for 14 of the past 20 years, mostly under house arrest and for shorter periods at Myanmar's notorious Insein Prison.

Suu Kyi, dressed in a pink traditional Burmese jacket, was upbeat as she emerged from the hotel and joked with photographers who asked her to smile.

"Do I look pretty when I smile," Suu Kyi said as she smiled for the cameras.

"Hello to you all," she said, before getting into a car that whisked her back to her tightly guarded home.

The U.S. visit is the second step in "the beginning of a dialogue with Burma," State Department spokesman Ian Kelly told reporters in Washington on Tuesday after the officials had met with senior junta officials in Myanmar's administrative capital of Naypyitaw.

"They laid out the way we see this relationship going forward, how we should structure this dialogue," Kelly said. "But they were mainly in a listening mode."

Campbell is continuing talks he began in September in New York with senior Myanmar officials, which at the time were the first such high-level contact in nearly a decade.

Campbell is scheduled to meet later in the afternoon with leaders of Suu Kyi's National League for Democracy party at their headquarters, followed by talks with other political parties before leaving Myanmar in the evening.

Suu Kyi was recently sentenced to an additional 18 months of house arrest for briefly sheltering an uninvited American, in a trial that drew global condemnation. The sentence means she will not be able to participate in next year's elections, which will be the first in two decades.

For years, the United States had isolated the junta with political and economic sanctions, which failed to force the generals to respect human rights, release jailed political activists and make democratic reforms. The Obama administration decided recently to step up engagement as a way of promoting reforms.

Washington has said it will maintain the sanctions until talks with Myanmar's generals result in change.

Campbell is the highest-ranking U.S. official to visit Myanmar since a September 1995 trip by then-U.N. Ambassador Madeleine Albright.