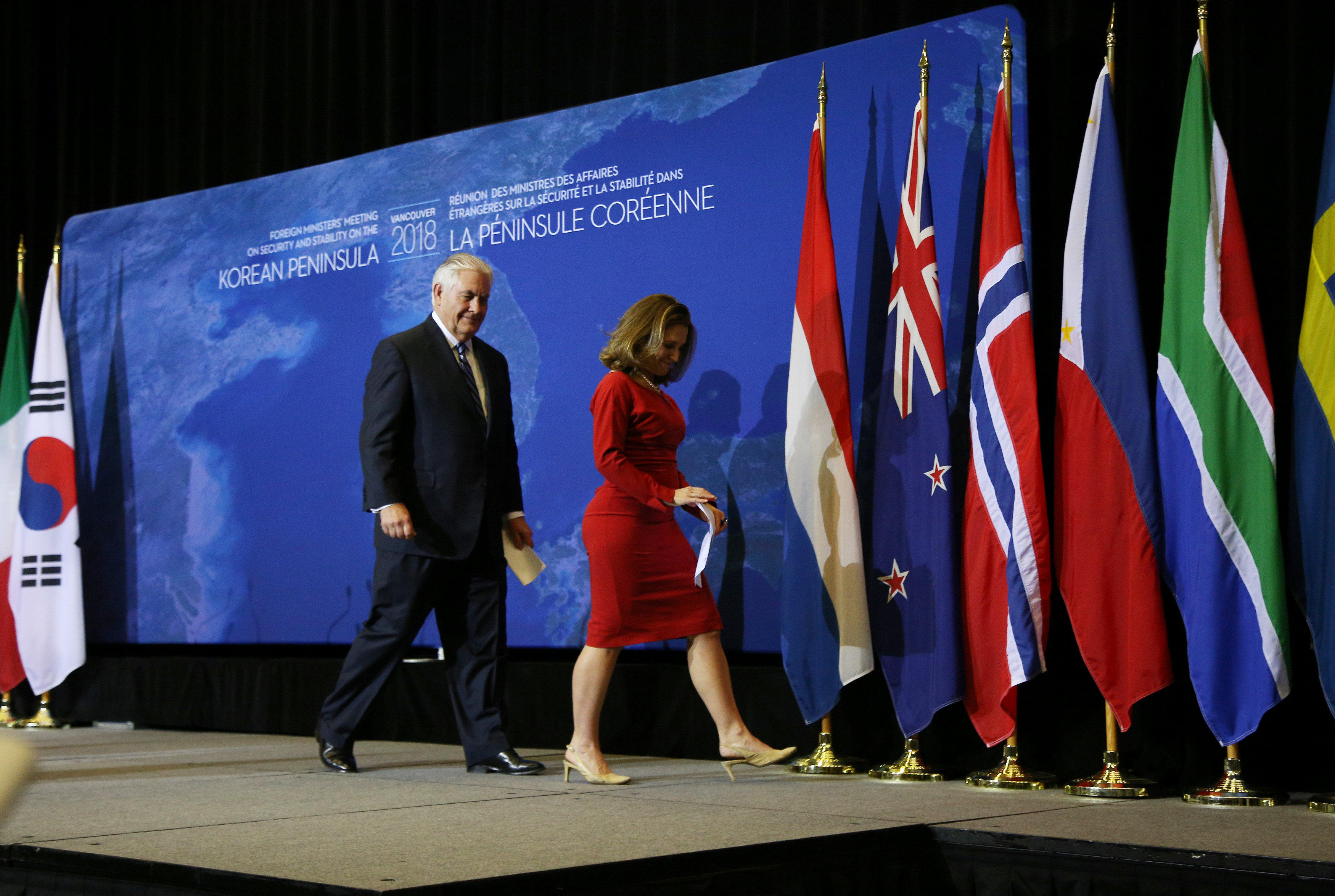 BEIJING -- China on Wednesday said "Cold War thinking" was behind a meeting of U.S. allies on how to deal with North Korea's nuclear threat, adding that the gathering risks splitting international opinion over the issue.

China was not invited to the 20-nation conclave in Vancouver and foreign ministry spokesman Lu Kang said excluding it and others involved in the matter would not be helpful to finding a resolution.

"The meeting hosted by the United States and Canada in the name of United Nations Command apparently reflects their Cold War thinking," Lu said. "To convene a meeting where major parties to the Korean Peninsula nuclear issue are not represented will not help promoting an appropriate resolution over the issue."

China is the North's main economic and diplomatic ally but has signed on to increasingly harsh United Nations sanctions against Kim Jong Un's regime.

China maintains that the U.N. Security Council and the long-stalled Beijing-hosted six-party talks involving North and South Korea, Russia, the U.S., Japan and China are the only legitimate multilateral venues in which to discuss the nuclear issue.

"Therefore, the international community casts doubt on the legality and representativeness of the meeting from the very beginning," Lu said.

The meeting was attended by foreign ministers and senior diplomats of nations that sent troops or humanitarian aid to the U.N. Command that supported South Korea in the fight against the communist North and its allies during the 1950-53 Korean War.

A reporter asked Tillerson at the summit on Tuesday whether the U.S. should be concerned about the possibility of war.

"I think we all need to be very sober and clear-eyed about the current situation, as North Korea has continued to make significant advances in both its nuclear weapons, the lethality of those weapons, as demonstrated by their last thermonuclear test, as well as the continued progress they've made in their intercontinental ballistic missile systems," Tillerson said. "We have to recognize that that threat is growing. And if North Korea does not choose the path of engagement, discussion, negotiation, then they themselves will trigger an option."

The gathering, co-hosted by Canada and the U.S., was principally intended as a show of solidarity. China and Russia fought on the communist side in the war and neither was invited. U.S. officials say those two nations, which are the North's main economic and diplomatic partners, will be briefed afterward.

Meanwhile, a flurry of Olympics-related meetings has provided a tentative thaw in long-strained ties between the Koreas. But the North's reluctance to discuss its nuclear weapons program is raising skepticism over how long this mood of reconciliation will last.

On Monday, the two Koreas agreed that a 140-member North Korean art troupe comprising orchestra members, singers and dancers would perform in the South during the Games.

Despite its plans to send big cheering and artistic groups, no North Korean athletes are currently officially qualified to come to Pyeongchang though the Intentional Olympic Committee recently said it has "kept the door open" for North Korea to take part in the games.

Some critics say the North may be trying to use the Olympics as a chance to launch what they call "peace offensive" to show it's a normal country despite pursuing nuclear weapons. They also accuse Pyongyang of trying to divide Seoul and Washington to weaken international sanctions and buy time to perfect its nuclear weapons.