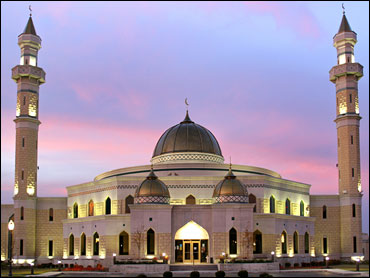 Muslim leaders are trying to strengthen Sunni-Shiite ties in the United States, hoping to head off conflicts between the faith's two major sects and get American Muslims to focus on common problems.

With sectarian divisions fueling violence in Iraq, Sunnis and Shiites in the U.S. are increasingly wary of a spillover effect. In one public example, leaders from both traditions have launched "Intra-faith Code of Honor" campaigns in three cities with major Muslim populations.

So far, 20 Sunni and Shiite leaders in Southern California have signed the first such code. The document denounces "takfir" — the labeling of another Muslim as a nonbeliever — forbids hateful speech about revered figures and urges debates at the scholarly level, not the street level.

Similar agreements are expected to be completed this month in Detroit and Washington, D.C.

"As technology has made information from across the globe and information from historical conflicts more available, people have been pondering their self-identity," said Salam Al-Marayati, executive director of the Los Angeles-based Muslim Public Affairs Council, which is helping organize the effort. "That has brought a requirement to appreciate the nuances, but it's also brought challenges."

Those include questions over how prayer is conducted, said Dr. Maher Hathout, spokesman for the Islamic Center of Southern California, which eschews Sunni or Shiite labels. The honor code urges congregations to follow worship traditions of whichever groups is in the majority locally, an issue that has arisen over the Shiite custom of combining some of Islam's five daily prayers, Hathout said.

Another concern is keeping virulently sectarian literature from the Middle East out of American mosques.

"As much as we can make clear the Muslim-American identity is not a natural extension of the Middle East, the better off we'll be," he said.

Other steps under discussion include gathering national Sunni and Shiite leaders, workshops at mosques and political analysis of Middle East trends "so people are not caught off guard," Al-Marayati said.

Although no reliable data exists, it is presumed America's estimated 2 million to 6 million Muslims are 85 percent to 90 percent Sunni and 10 percent to 15 percent Shiite, reflecting the global breakdown. Conflicts have been few, scholars say, in part because this country's Muslim population is relatively small. Plus, immigrant U.S. Muslims tend to be prosperous and are melding into society instead of clustering in poorer neighborhoods, which has caused conflict in Europe.

Theological divisions between Sunnis and Shiites are less pronounced than, say, those separating Roman Catholics and Protestants, Muslim scholars emphasize. The main dividing line: a disagreement over succession that began after the death of the Prophet Muhammad.

In the Detroit area — home to the nation's largest concentration of Muslims — Shiites blamed Sunnis for vandalism at Shiite-affiliated mosques and businesses after the execution of Saddam Hussein, a Sunni who repressed the Shiite majority in Iraq.

Shiite Imam Hassan Qazwini of the Islamic Center of America in Dearborn, Mich., the largest mosque in North America, said sectarian tensions are not a serious problem, and most Sunnis and Shiites get along.

At the same time, intra-faith efforts can address the graver problem of anti-Muslim sentiment, he said. Bias incidents against Muslims including harassment, violence and discrimination rose nearly one-third last year to a 12-year high, according to the Council on American-Islamic Relations.

"Shiites and Sunnis need to work together so we can face our joint challenges," Qazwini said.

Ihsan Bagby, an associate professor of Islamic studies at the University of Kentucky, said challenges posed by the terrorist attacks, the first Gulf War and the ongoing war in Iraq have united Sunni and Shiites in the United States more than divided them.

"There's never really been a very strong ecumenical movement in Islamic history that has really tried to forge understanding," he said. "Maybe this is the beginning of it."