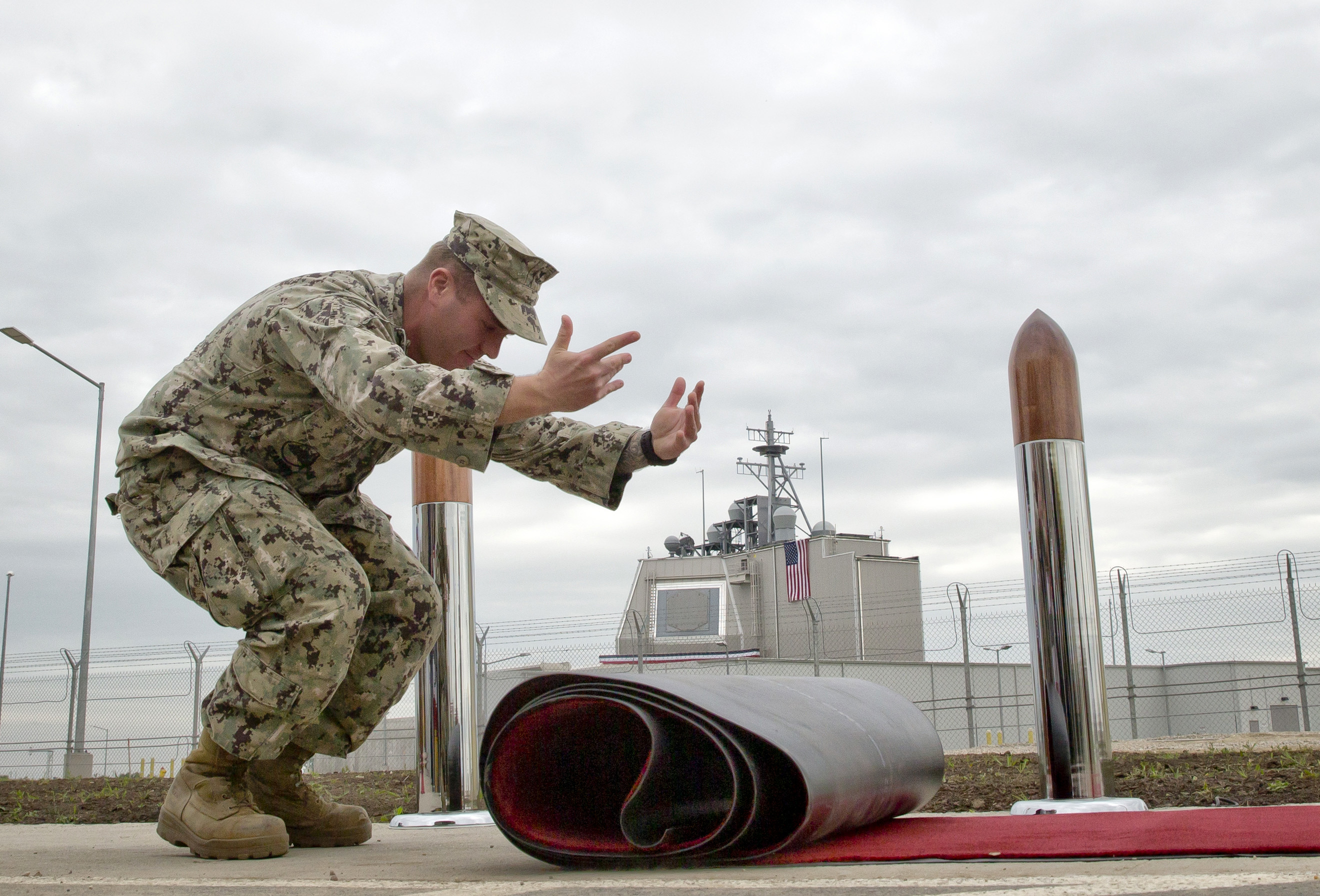 NATO Secretary General Jens Stoltenberg is due to speak at a Thursday ceremony attended by U.S., NATO and Romanian officials to mark the start of operations at a base established by the Soviet Union, 110 miles southwest of Bucharest.

President Klaus Iohannis said Romania wanted NATO to have a "permanent naval presence" in the Black Sea that respected international conventions, and called for increased security for NATO members in the south and east, which border Russia and the Middle East.

"It is important that a credible and predictable presence can be assured of the Allied forces on the eastern flank, to balance the northern dimension with the southern and eastern flank," Iohannis said after meeting Stoltenberg early Thursday in the Romanian capital Bucharest.

On Friday, Polish and U.S. officials will take shovels in hand to break ground at a planned site in the Polish village of Redzikowo, near the Baltic Sea.

U.S. officials say the Romanian missile shield, which cost $800 million, is intended to fend off missile threats from Iran and is not aimed at Russia.

But NATO decided in January 2015 to set up command-and-control centers in Latvia, Estonia, Lithuania, Poland, Romania and Bulgaria by the end of 2016 -- at least partly in response to challenges from Russia and Islamic extremists and to reassure eastern partners.

And Russian officials re-registered their displeasure on Thursday, with Kremlin spokesman Dmitry Peskov saying the new installation "really is a threat to the security of the Russian Federation."

"Measures are being taken to ensure the necessary level of security for Russia. The president (Putin) himself, let me remind you, has repeatedly asked who the system will work against," Peskov told reporters in a conference call.

President Obama and other NATO heads of state and government met in September and ordered an overhaul of the alliance's capabilities and defense posture, called the Readiness Action Plan, or RAP, to take into account Russia's annexation of the Crimean Peninsula and purported military interference in eastern Ukraine.

The moves have infuriated Moscow -- to the extent that Russia's ambassador to Denmark Mikhail Vanin said in a published report that Danish warships could become targets for Russian nuclear missiles if the Danes joined the alliance's missile defense system.

In a visit to Bucharest, Britain's defense secretary said neither Romania nor Britain would be intimidated by the threats against members of the military alliance.

The program was launched by former President George W. Bush but adapted significantly by President Obama, who eliminated a component intended to be in the Czech Republic. Prague saw its own relationship with Moscow strained by agreeing to take part, leaving some lingering bitterness toward the U.S.

n the initial years of planning, Russia and NATO were still working on what they called a "strategic partnership." Today the relationship is in a more confrontational phase, something on display recently in close encounters between the U.S. and Russian militaries in the Baltic Sea.

Russia buzzed a U.S. warship last month, coming within 30 feet from the destroyer in what the U.S. Navy called a "simulated attack," while a Russian jet barrel-rolled a U.S. Air Force reconnaissance plane. U.S. officials have denounced those maneuvers as unprofessional and dangerous, with Secretary of State John Kerry saying that under U.S. military rules of engagement, the Navy ship could have opened fire.

The Russians have downplayed the incidents, with Foreign Minister Sergey Lavrov saying the warplanes took a look at the ship "from a safe distance."