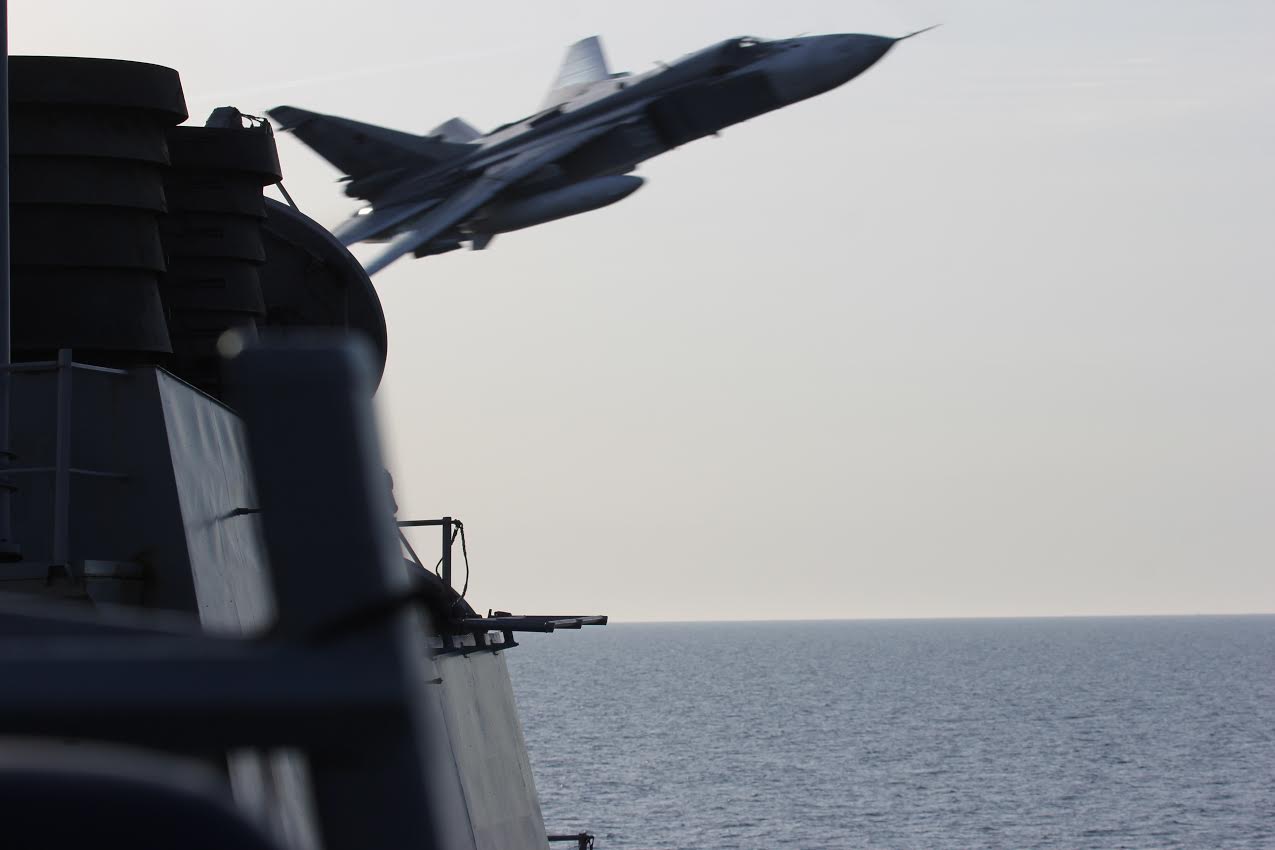 MIAMI -- Under U.S. military rules of engagement, the Navy ship that Russian military jets buzzed in the Baltic Sea this week could have opened fire, Secretary of State John Kerry said Thursday.

The guided-missile destroyer USS Donald Cook reported that pairs of Russian Su-24 attack planes made numerous close-range passes on Monday and Tuesday. The planes appeared to be unarmed. On at least one occasion, an Su-24 came within an estimated 30 feet of the Cook, which was in international waters about 70 nautical miles from the Russian enclave of Kaliningrad.

The Cook did not respond except to unsuccessfully query the Russian pilots by radio.

In remarks to CNN Espanol, Kerry condemned the Russian actions and said that "under the rules of engagement" it "could have been a shoot-down."

In all cases, a military commander has the authority to defend his or her ship, plane or other unit. The commander is expected to use his or her best judgment to determine whether the ship faces an imminent threat.

White House spokesman Josh Earnest said the U.S. has raised its concerns through its military defense representative at the U.S. Embassy in Moscow.

CBS News senior national security correspondent David Martin reported that the U.S. would likely file a diplomatic protest with Moscow, but Russia will have made its point; it resents the U.S. operating so close to Russian territory and intends to push back.

Russia's defense ministry rejected the complaints on Thursday, insisting that its pilots adhered to all international rules and acted safely and within Russia's rights.

Maj. Gen. Igor Konashenkov, spokesman for the Russian defense ministry, said Thursday that the pilots of Russian Su-24 jets saw the ship and turned back "while using all measures of precaution." Konashenkov said he was baffled by what he described as the "distressed reaction of our American counterparts."

Evelyn Farkas, a former Russian policy expert for the Pentagon, told CBS News, however, that the fly-bys were undeniably "dangerous behavior" on Moscow's part.

"They're playing with fire here," she said. "I'm sure that U.S. ships and other non-Russian ships have been just as close in the past. And even if they haven't, again, they're in international waters; there's nothing provocative about what we're doing. Unlike the Russians, we actually telegraph very transparently what we're doing."

The U.S. European command said the Russian planes buzzed a U.S. ship multiple times Monday and Tuesday in what the U.S. officials described as an unsafe and unprofessional manner.

"It may have been in international waters and therefore may not be any violation of international law, but it is still irresponsible behavior," said NATO Deputy Secretary General Alexander Vershbow, a former U.S. ambassador to Russia.