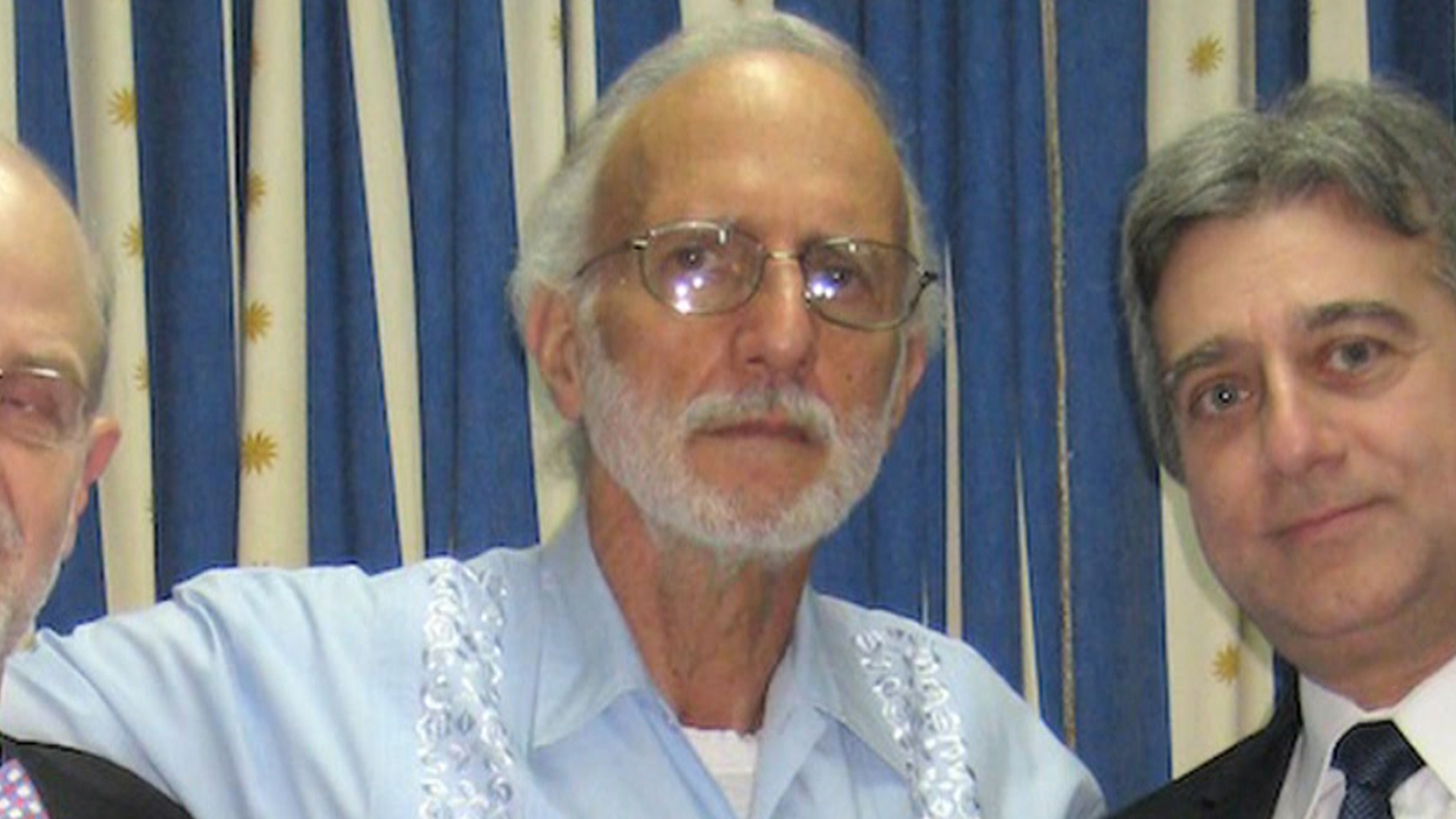 HAVANA A high-level delegation of American lawmakers headed by Sen. Patrick Leahy, D-Vt., arrived in Havana at midday on a two-day fact-finding mission that includes meetings with Cuban leaders and an expected visit with jailed U.S. contractor Alan Gross.

"We would love him [Gross] to be on the plane with us when we leave" Wednesday, said Leahy.

However, speaking individually with members of the congressional delegation it was clear that they did not expect the Cubans to release Gross during their visit.

"Every one of us has an interest in Cuba and a number of us have been here over the years," said Leahy, who led a smaller delegation here a year ago with a similar purpose.

"I feel the same way I did before," Leahy said, "I would like to see relations improve between our countries. Both countries have to take steps" to make this happen.

Leahy said that the changes in Cuba between his 1999 visit to Cuba and his visit last year showed a "quantum jump" and he is eager to see what has been happening over the last 12 months.

One step that the U.S. is stressing is the release of Gross who is serving a 15-year-sentence for smuggling illegal communication equipment into Cuba as part of a USAID democracy program. Leahy who met with Gross last year, noted that Gross's congressman, Rep. Chris Van Hollen, D-Md., is in the group that flew in on a military plane.

The delegation that includes Sen. Jeff Flake, R-Ariz, and Rep. Jim McGovern, D-Mass., both of who have been visited Cuba on numerous occasions and long advocated changing U.S. policy, talked informally with a small group of reporters at the U.S. Interests Section, Washington's lone diplomatic outpost in Havana shortly after arriving.

Flake, a strong believer in free markets, has advocated lifting the U.S. trade embargo and visited the island some dozen times to promote agricultural trade.

Senate Agriculture Committee chairman Debbie Stabenow, D-Mich., told reporters, "There's a tremendous amount we could do if we could trade back and forth...and it would be of benefit to both countries."

Leahy said the group was not here to negotiate with the Cuban government, "we have trained diplomats here who can do that but to listen and to go back and talk to the State Department" and others in Washington.

The delegation is interesting in seeing the economic changes implemented by Castro and gauging what political changes there might be.

The delegation, the first high-level U.S. visit since President Obama's reelection last November, was asked if they thought his second term presented an opportunity for change.

"There have been opportunities in the past," said Leahy. "[President Bill] Clinton wanted to do something but the shoot down (of an exile group's flight over the island) ended that," he said. "Now I think there is not a Cold War attitude in the U.S.," and that opens the possibility of change, he concluded.

McGovern also stressed it was time for "a new and more mature policy toward Cuba", adding, "I want Alan Gross released. I want Americans to be able to travel here freely."

Some staffers suggested that there might also be steps the U.S. could take to break the 50-plus years impasse in bilateral relations such as removing Cuba from the State Department list of terrorist countries.

Also on the delegation are Sens. Sherrod Brown, D-Ohio, and Sheldon Whitehouse, D-R.I.