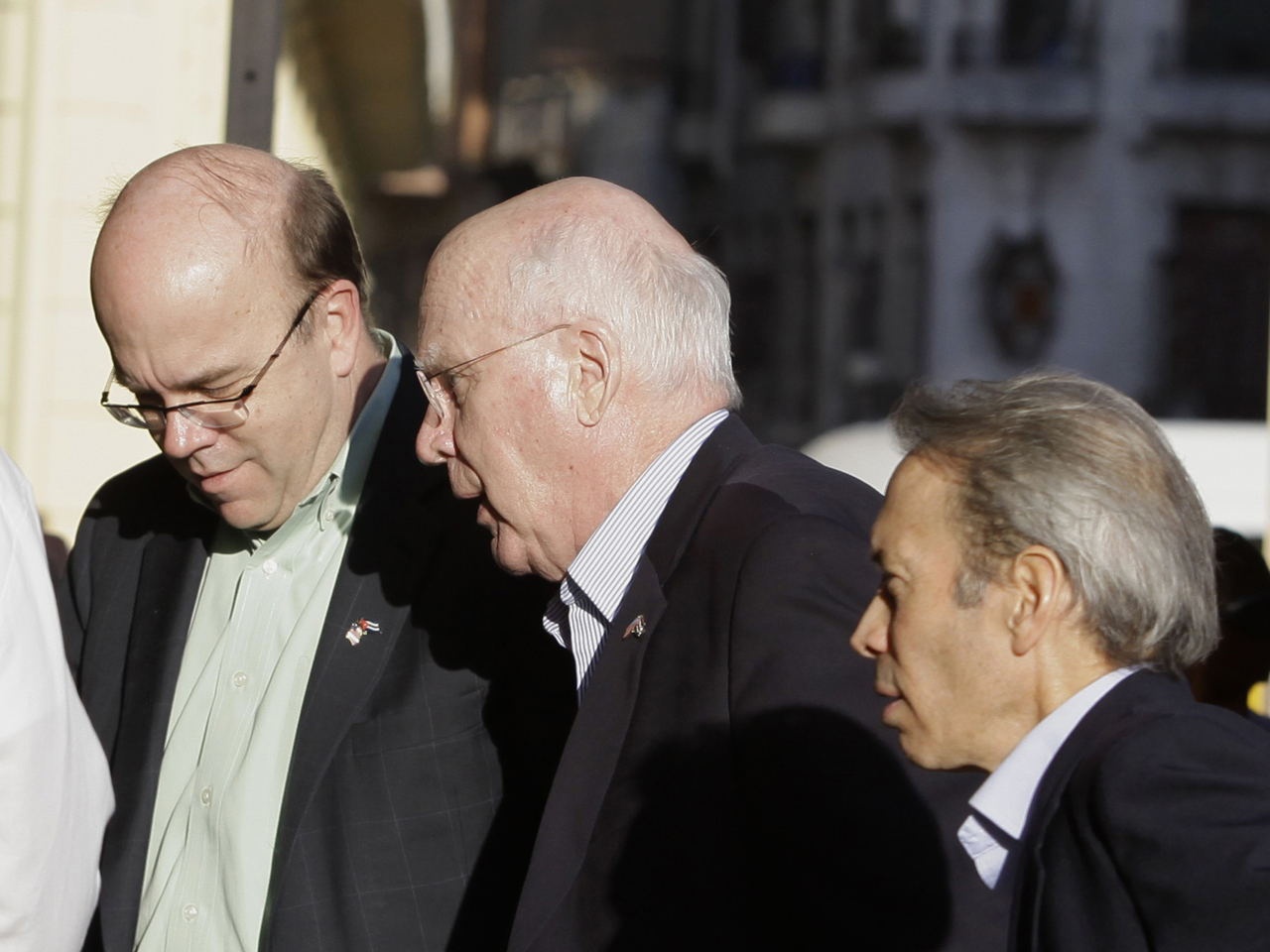 HAVANA U.S. lawmakers met with President Raul Castro and other senior Cuban officials Tuesday and later were also given access to an American imprisoned in Havana. The State Department has said the legislators are there in part to push for his release.

Cuban state-television showed the delegation, led by Sen. Patrick Leahy, chatting with Castro at the Palace of the Revolution.

In a statement, the U.S. delegation said they "discussed the continuing obstacles and the need to improve relations between our two countries. It is in the interest of both countries."

CBS News' Portia Siegelbaum reports Leahy and Rep. Christopher Von Hollen, D-Md., who represents Alan Gross' district in the U.S., met with the jailed American contractor Alan Gross but made no further comment on that meeting.

Gross's detention has become the chief impediment to improved relations between Washington and Havana. The 63-year-old was arrested in 2009, when he was caught bringing sensitive communications equipment into Cuba during a USAID democracy-building program. He was sentenced to 15 years.

The State Department looks "forward to the results of their diplomacy on his behalf and, more broadly, with regard to all of our concerns about Cuba, human rights and other things," Nuland said.

Leahy has said he would be thrilled to bring Gross home with him, but added that it was extremely unlikely to happen. The Vermont Democrat led a similar trip a year ago, meeting with both Gross and Castro.

He said Monday that this trip seeks principally to build on the understandings made then and work toward improving relations between countries that have been enemies since before man set foot on the moon.

Leahy and other members of the delegation were seen entering an upscale restaurant in Old Havana along with Foreign Minister Bruno Rodriguez at midday Tuesday, and Cuban TV said Rodriguez was also present when they met with Castro. The legislators also dined with Parliament chief Ricardo Alarcon on Monday and toured Ernest Hemingway's former villa.

It was the largest group of senators to visit the island in memory, a sign of growing interest on Capitol Hill.

Cuba has expressed a desire to exchange Gross for at least some of the five Cuban intelligence agents who have been sentenced to long jail terms in the United States.

Washington has said publicly that a swap is not in the cards, but there are other points of contention that might be easier to move on, including possibly removing Cuba from a list of state sponsors of terror.

The island made the list in large part because it supposedly harbored members of the Basque militant group ETA and Colombia's FARC rebels. But ETA announced a permanent cease-fire in 2011, and Cuba is currently playing host to peace talks between Colombia's government and the FARC.

Cuban diplomats point out that even North Korea, which earned global condemnation when it conducted an underground nuclear test earlier this month, is not on the terror sponsor list.