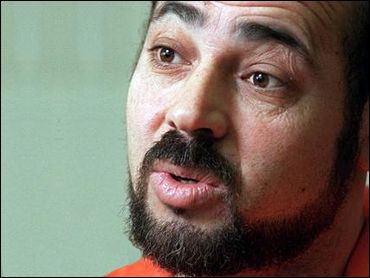 Three suspected members of the Palestinian militant group Hamas were indicted on charges they participated in a lengthy racketeering conspiracy to provide money for terrorist acts in Israel, the West Bank and the Gaza Strip, Attorney General John Ashcroft announced Friday.

The three activists allegedly used bank accounts in the United States to launder millions of dollars to support Hamas, which the U.S. government has designated as a terrorist organization. The indictment against the three, filed in Chicago, was unsealed Friday.

The activists include Mousa Mohammed Abu Marzook, formerly chief and now deputy chief of the Hamas political bureau. Marzook is believed to be living in Damascus, Syria, and is considered a fugitive, Ashcroft told a news conference at the Justice Department.

The three were charged with racketeering conspiracy for allegedly joining with 20 others since at least 1988 to conduct business for Hamas, which the government said included conspiracies to commit murder, kidnapping, passport fraud and other crimes.

Salah was accused of recruiting and training new members of Hamas in the United States. After his release from prison in Israel in 1997, authorities said he directed an associate in Chicago to scout potential targets for terrorist attacks in Israel.

Ashqar was accused of opening bank accounts in Mississippi for Hamas purposes.