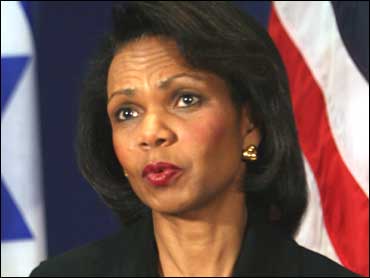 The State Department is warning U.S. diplomats they may be forced to serve in Iraq next year and says it will soon start identifying prime candidates for jobs at the Baghdad embassy and outlying provinces, according to a cable obtained Tuesday by The Associated Press.

A similar call-up notice last year caused an uproar among foreign service officers, some of whom objected to compulsory work in a war zone, although in the end the State Department found enough volunteers to fill the jobs.

"We face a growing challenge of supply and demand in the 2009 staffing cycle," the cable said, noting that more than 20 percent of the nearly 12,000 foreign service officers have already worked in the two major hardship posts - Iraq and Afghanistan - and a growing number have done tours in both countries.

As a result, the unclassified April 8 cable says, "the prime candidate exercise will be repeated" next year, meaning the State Department will begin identifying U.S. diplomats qualified to serve in Iraq and who could be forced to work there if they don't volunteer.

CBS News State Department reporter Charles Wolfson reports that a senior official who has followed the process by which slots are filled at the embassies in Baghdad and Kabul said "it's going to be painful, this next personnel cycle." He explained that he meant that finding people to go to these posts will "stress the system to an even greater degree than last year because of a limited pool of officers" and the fact that many have already served there.

The prime candidate list will be comprised of diplomats who have special abilities that are needed in Iraq, such as Arabic language skills, deep Mideast knowledge or training in specific areas of reconstruction.

"We must assign to Iraq those employees whose skills are most needed, and those employees should know that they personally are needed," Foreign Service Director General Harry Thomas said in the cable sent to all diplomatic missions.

The cable describes how the department will fill upcoming vacancies at hardship posts like those Iraq and Afghanistan - although it doesn't plan to force any Afghanistan assignments. Diplomats will "bid," or apply, for positions in the war zones that will be advertised in May. After that, the department expects to begin identifying prime candidates for about 300 Iraq jobs that come open next summer, Thomas wrote.

The cable said more details will be announced next month, but identification of prime candidates is the first step in implementing so-called "directed assignments." That means ordering diplomats to work in certain locations under threat of dismissal unless they have a compelling reason, such as a health condition, that would prevent them from going.

Last year, after prime candidates were identified for 48 Iraq jobs that come open this summer, enough qualified volunteers came forward to avoid what would have been the largest diplomatic call-up since the Vietnam War - but not before the uproar over the prospect of forced tours made national headlines.

Secretary of State Condoleezza Rice said Tuesday that she had been personally offended by the critical comments of some diplomats who questioned the ethics of sending people against their will to a war zone. One diplomat, during an October session held at the State Department to explain the policy to employees, called the forced assignments a "potential death sentence" to loud applause.

"I was deeply offended myself, and deeply sorry that these people who had self-selected into this town hall went out of their way, to my view, cast a very bad light on the foreign service," Rice told a House panel.

Rice said the comments were isolated and prompted a visceral response by the rest of the diplomatic corps, including those serving in dangerous posts outside Iraq and Afghanistan. "I will tell you, the blogs were lit up in the Department of State by people who were offended ... who were absolutely offended by those comments," she said.

She added that she had not needed to "direct assign" diplomats to Iraq last year, but she stressed that she reserved the right to do so in the future.

The State Department is hoping it can fill all of next year's Iraq vacancies with volunteers as it did in 2008.

"We hope to accomplish the same in 2009," the cable says. "A willing, qualified volunteer is always preferable to an employee sent involuntarily."

The union that represents U.S. diplomats shares that view.

"Unless there is some huge upward change in the number of positions, I think it's quite possible to staff the Baghdad embassy with volunteers," said John Naland, president of the American Foreign Service Association. "The foreign service has done it for the past five years and I believe the foreign service will do it again."

Yet, there are serious concerns that the pool of those willing to go is dwindling.

Some diplomats have privately expressed unease about volunteering for Iraq duty amid deep uncertainty over how the administration following President Bush will deal with Iraq, and how that might affect security or change Washington's focus on the country.

While presumptive Republican presidential nominee Sen. John McCain has vowed to stay the course, both Democratic hopefuls, Sens. Hillary Rodham Clinton and Barack Obama, have made clear they oppose the war and have pledged to reduce the number of American troops there.

Such a move could have an impact on State Department operations and security, some diplomats fear.

Naland said he was not aware of such concerns. He added that security worries could be allayed by the fact that the State Department on Monday finally took possession of the new, heavily fortified U.S. Embassy in Baghdad after months of delay caused by constructions problems.

Diplomats are expected to begin moving into the facility at the end of next month after enduring several spates of major insurgent rocket attacks in their less-well-protected offices and living quarters in the Green Zone. Four Americans - two soldiers and two civilians - have been killed by such fire in recent weeks.

At least three foreign service personnel - two diplomatic security agents and one political officer - have been killed in Iraq since the war began in March 2003.