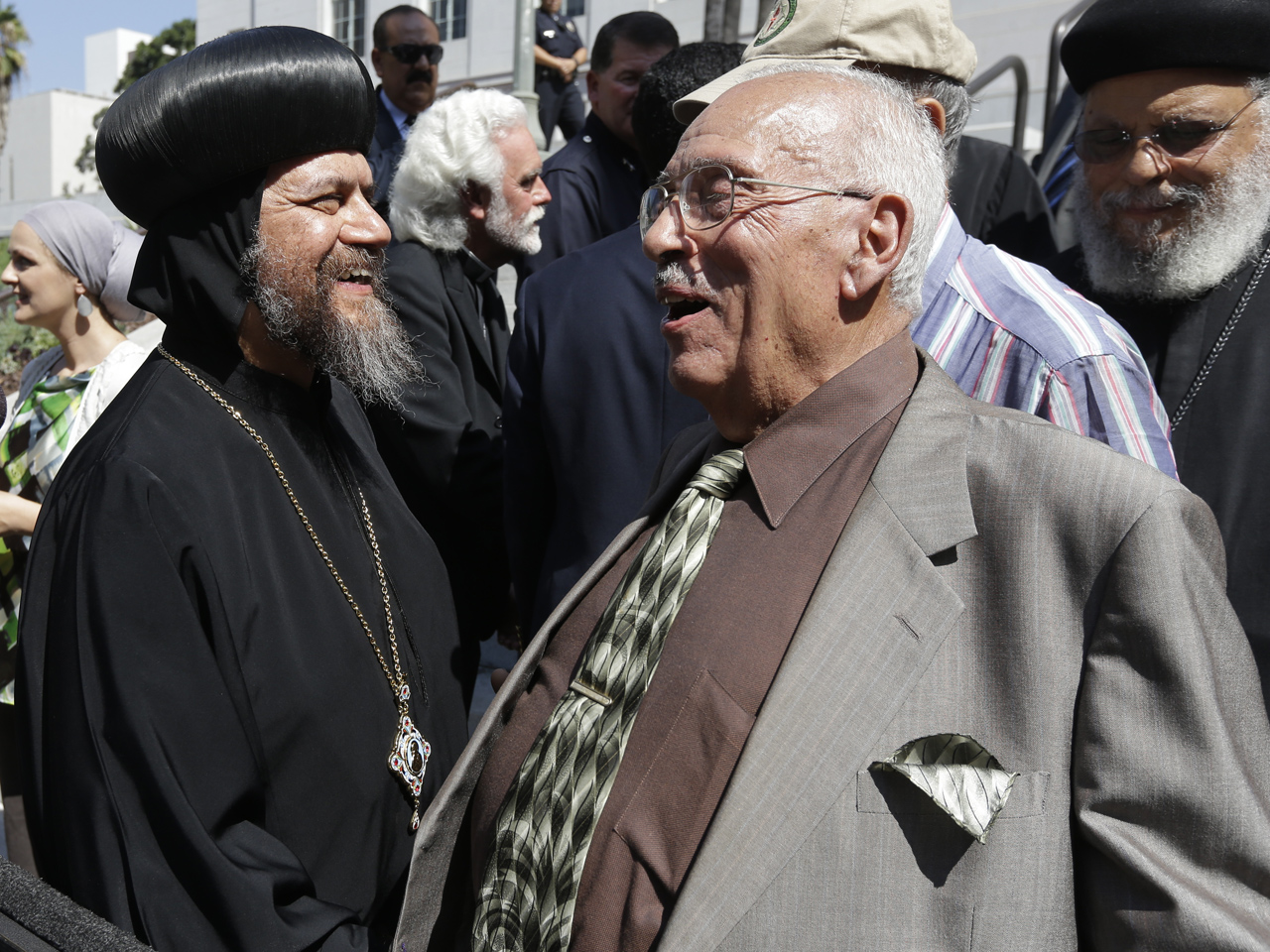 (AP) LOS ANGELES - California Coptic Christian and Muslim leaders on Monday denounced an anti-Islamic movie that has sparked violence in the Middle East, as the filmmaker and his family left their suburban home and went into hiding.

The Southern California religious leaders joined a chorus of condemnation about last week's killing of the U.S. ambassador to Libya and three other Americans as violence continued and the leader of the powerful militant group Hezbollah called for more protests.

At the center of the controversy is Nakoula Basseley Nakoula, a Cerritos man and self-described Coptic Christian who made "Innocence of Muslims," a crudely produced film ridiculing the Prophet Muhammad as a fraud, philanderer and child molester.

Nakoula left his home Saturday and was interviewed by officials to determine if he violated a five-year probation term for bank fraud. Sheriff's deputies helped the family leave the home before dawn Monday to join him at an undisclosed location, a spokesman said.

In a show of unity, a Muslim leader and a Coptic orthodox bishop held a news conference on the steps of Los Angeles City Hall to condemn the film and attacks against any religions.

Maher Hathout, senior adviser for the Muslim Public Affairs Council in Los Angeles, said the reaction in the Middle East has been unwarranted and irrational for such an "insignificant production." He said the filmmakers are "psychologically diseased with hearts full of hate and minds full of ignorance."

Bishop Serapion of the Coptic Orthodox Church in Southern California said the actions of a few ignorant individuals do not represent the views of many Coptic Christians and Muslims.

Many of the 300,000 Coptic Christians living in the U.S. left Egypt to escape discrimination. In the past decade, Coptic Churches have become the target of occasional attacks which have escalated to unprecedented levels since the ouster of long-time president Hosni Mubarak.

Serapion said he spoke last week to Nakoula, who worshipped occasionally at a Coptic Orthodox church in Bellflower. He said Nakoula denied making the film. Nakoula told The Associated Press he had been involved in the production and federal authorities identified him as the man behind the film.