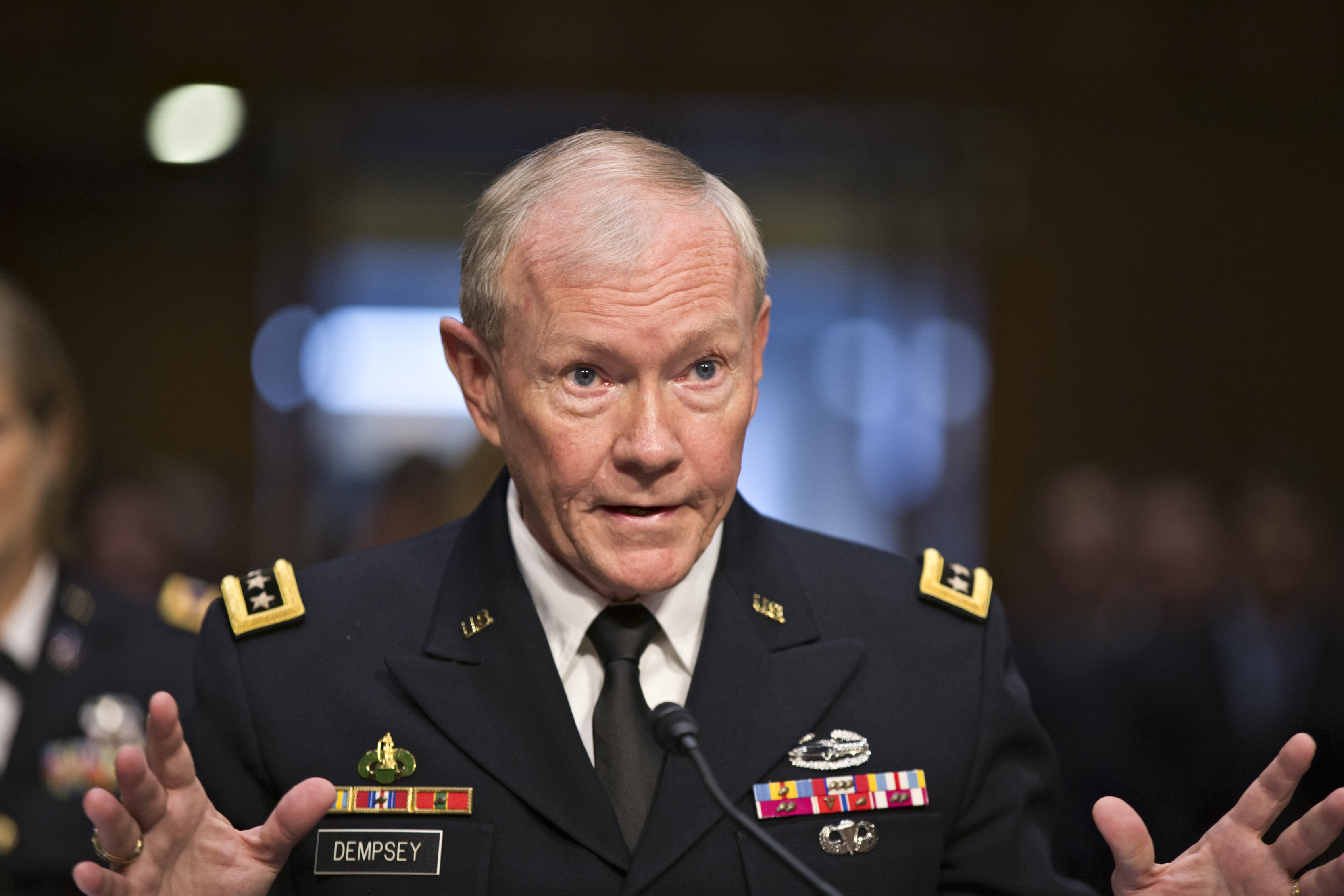 WASHINGTON The Obama administration is deliberating whether to use military power in Syria, where a civil war entering its third year has killed almost 93,000 people, the nation's top military officer told a Senate panel Thursday.

Army Gen. Martin Dempsey, the chairman of the Joint Chief of Staff, said during congressional testimony that he has provided President Barack Obama with options for the use of force in Syria.

Speaking about what he termed "kinetic strikes," Dempsey added that the "issue is under deliberation inside of our agencies of government." But he declined to provide further details, as members of the Senate Armed Services Committee pressed him for greater clarity on the strategy for ending the war and removing Syrian President Bashar Assad from power.

"The decision on whether to use force is the decision of our elected officials," Dempsey said. "It would be inappropriate for me to try to influence the decision with me rendering an opinion in public with what type of force we should use."

"There are a whole range of options that are out there," Winnefeld said of planning for military action in Syria. "We are ready to act if we're called on to act."

Dempsey acknowledged in response to a question from Sen. Lindsey Graham, R-S.C., that Assad's forces have the upper hand in Syria.

"Currently the tide seems to have shifted in his favor," Dempsey said.

Leading senators, including Carl Levin, D-Mich., the committee chairman, and Sen. John McCain, R-Ariz., have been pressing Obama to take a more forceful approach to defeat Assad's forces. While the Obama administration has authorized lethal aid to rebel forces battling Assad's troops, it isn't trying to enforce a no-fly zone in which Syria's combat aircraft would be barred from flying, or otherwise intervene militarily to halt the war.

The Democratic-led Senate Armed Services Committee is all but certain to approve Dempsey's and Winnefeld's reappointments.

Dempsey's first term as chairman has been a turbulent one with the military drawing down from lengthy wars in Iraq and Afghanistan. At the same time, he has had to grapple with billions of dollars in budget cuts that have threatened military readiness, the epidemic of sexual assaults in the ranks, and the crisis in Syria.