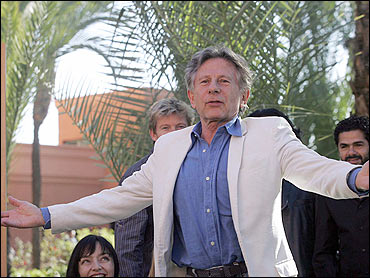 LOS ANGELES (CBS/AP) Authorities in the United States have roundly denounced the decision by the Swiss government to set filmmaker Roman Polanski free, creating another twist in a sex case that has spanned three decades and two continents.

From prosecutors in Los Angeles to justice officials in Washington, D.C., the Swiss decision was described as a disappointment and to some, an injustice.

The Swiss, for their part, described Polanski as "a free man."

An arrest warrant remains active for Polanski, effectively barring the 76-year-old from returning to the U.S., from which he fled in 1978 to avoid sentencing for the rape of a 13-year-old girl.

Los Angeles prosecutors argue that the director must return there to argue that his case was mishandled by a now-deceased judge and a former prosecutor. Polanski has been equally unwilling to return and press his case in person.

The Swiss ruling cannot be appealed, and within hours Polanksi appeared to have left the multimillion-dollar chalet where he had been confined on house arrest since last year. Polanski is free to return to his native France, which does not extradite its citizens, but he has not been seen there publicly since the ruling. His wife left their Paris apartment at midday Tuesday without speaking to reporters gathered outside.

Los Angeles County District Attorney Steve Cooley, who is running for California attorney general, said his office will work with federal officials to have Polanski returned for sentencing if he's arrested in a country with a favorable extradition treaty. Cooley's office said last September after Polanski's arrest that it had previously sought his arrest in England, Thailand and Israel. Cooley called the decision a "disservice to justice and other victims as a whole."

The Swiss government said its decision to reject extradition for Polanski was based in part on U.S. authorities failing to turn over transcripts of secret testimony given by the attorney who originally handled the director's case. The testimony remains sealed, and can only be used if the former prosecutor was unavailable for an evidentiary hearing, a Los Angeles court spokesman said.