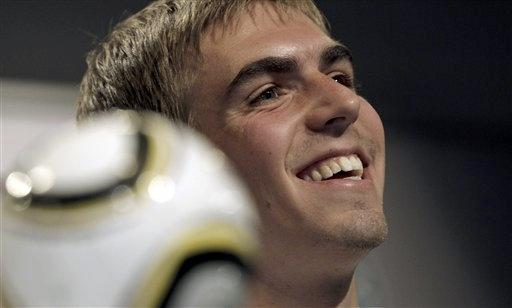 It's a sweltering 90 degrees and soldiers Kevin Messmer and Kroften Owen are hunched in a rubble-strewn apartment. Peering from a window to avoid sniper fire, they see a bustling Iraqi city.

Binoculars pressed to his face, Messmer surveys the view and finds what he's looking for just across the river, an insurgent stronghold near a mosque's towering minarets. He whispers coordinates to Owen, who in turn calls them into a radio.

A crackling streak of artillery fire arrives seconds later, shaking the room as the bomb annihilates the target in a thunderous cloud of thick, black smoke.

The mission is a success. Except the mission doesn't really exist.

2nd Lts. Messmer, 24, and Owen, 23, of the 3rd Battalion, 30th Field Artillery Regiment, are among the first troops to use a new breed of military simulator that's part video game/part Hollywood sound stage with a serious dose of theme park thrill.

The apartment setting is all about creating the illusion of urban warfare — in a way that stimulates the senses.

Littered with chunks of brown plaster and other debris, the room is decorated in a decidedly Middle-Eastern manner. A picture hangs sideways on one wall, the smashed remnants of a small vase lie on a small circular table near the kitchen area. Like a Broadway show, walls and other set pieces can be swapped out as the training merits.

Hidden speakers envelop the set, located in a shopping center-sized building, with sound effects both subtle (barking dogs) and earsplitting (bombs). And the window? It's really an oversized display screen showing an artificial cityscape with high-resolution computer graphics.

The so-called "Urban Terrain Module" where Messmer, of Wabash, Ind., and Owen, of Philadelphia, had their multimedia immersion training is a one-of-a-kind facility, part of the Army's Joint Fires and Effects Trainer System, or JFETS.

Across a darkened hallway is the Outdoor Terrain Module. It's a room with a sandy floor on which a parked Humvee faces an oversized movie screen. Soldiers see a computerized desert landscape. In this environment, too, the training is in how to precisely call in artillery strikes.

Since the center went live in September, more than 300 officers have trained at the compound, whose evolution is key to a larger Defense Department strategy to give future members of all military branches the ability to better synchronize artillery, air support and other weaponry on the battlefield.

The multimillion dollar system's origins go back to 1999, when the Army first partnered with a unique consortium of educators, video game makers and entertainment companies called the Institute for Creative Technologies. The goal: combine the expertise of these seemingly disparate fields to create synthetic environments that mimic actual wartime situations.

The Army saves money on live-fire training, and also economizes by tapping outside expertise instead of developing everything internally.

Back at the urban-training stage, Rick Bleau directs the action from a control room hidden behind a sliding door.

Sitting at his office chair behind a bank of flat-screen computer monitors, Bleau can tweak environmental factors, such as level of sunlight, wind speed and temperature (between 50 and 100 degrees Fahrenheit).

He can track soldiers' movements (their helmets have built-in motion sensing cameras) and invoke more malevolent commands, too. Anyone who keeps their head in the window for too long can expect to hear the whiz-pop of a sniper's incoming bullet.

"We've had a lot of soldiers coming back from Iraq who say it's too real. The only thing we don't have is the smell," says Bleau, a civilian government subcontractor whose company manages the computer systems. "We're working on that."

They'll certainly have the resources. Last month, the Army extended its contract with the ICT in a five-year deal worth $100 million.

The ICT, located at the University of Southern California in Marina Del Ray, Calif., has collaborated with the Army on other projects. The most well-known is the squad-based training program, "Full Spectrum Warrior."

A commercial version of the program, based on training from the infantry school at Fort Benning, Ga., was released to critical acclaim as a video game for the Xbox console this summer.

In the past, the Army has used computer games for recruiting, too. The taxpayer-funded first-person shooter "America's Army," for example, teaches Army dogma while offering online battle modes where groups of gamers can shoot each other for free.

And at Fort Lewis, Wash., soldiers use an online computer game to learn how to react to the ambush of a convoy.

The bulk of today's soldiers have been exposed to video games their whole lives, so few have trouble adjusting to the Fort Sill multimedia immersion.

"Anybody's who's played games, they have learned how to learn," said James Korris, ICT's creative director. "They come to this with a body of knowledge that the Army can take advantage of to make their training more effective and more efficient."

Many U.S. soldiers in Iraq already play shoot 'em ups like "Halo" and "Battlefield: 1942" when they're off duty, so it makes sense to use video games as training aids, said Lt. Col. Tony Schmitz, a Fort Lewis instructor.

Back at Fort Sill, Maj. Jim Singer says the artillery training he took in 1993 was downright primitive by today's standards, consisting largely of slide shows on a projector.