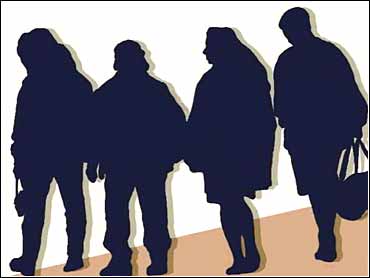 This article was written by Miranda Hitti and reviewed by Louise Chang.

The kids no one wants to work with in sixth grade may be at a health disadvantage as adults, a Swedish study shows.

The study, published in the advance online edition of the Journal of Epidemiology and Community Health, included about 12,500 Swedes born in 1953.

In sixth grade, the students were asked to name the three classmates they best liked working with at school.

"Favorite" students were named by at least seven of their classmates.

Decades later, when the students had matured into 50-year-olds, those in the "marginalized" and "peripheral" groups were more likely than their peers to have ever been hospitalized for certain conditions.

Among men, hospitalization for alcohol abuse, accidents, injury, drug dependence and endocrine, nutritional, or metabolic disorders were more common for those who had been "marginalized" in sixth grade.

Among women, hospitalization for disorders of the digestive system, musculoskeletal system or connective tissue were among the conditions that were more common for those who had been in the "marginalized" group as girls.

The study doesn't show why the unpopular kids were more likely to be hospitalized or why they were unpopular in the first place.

But the researcher, graduate student Ylva Almquist of the Centre for Health Equity Studies in Stockholm, Sweden, says the social class of the kids' parents didn't affect the results.
By Miranda Hitti
Reviewed by Louise Chang
©2005-2008 WebMD, LLC. All rights reserved