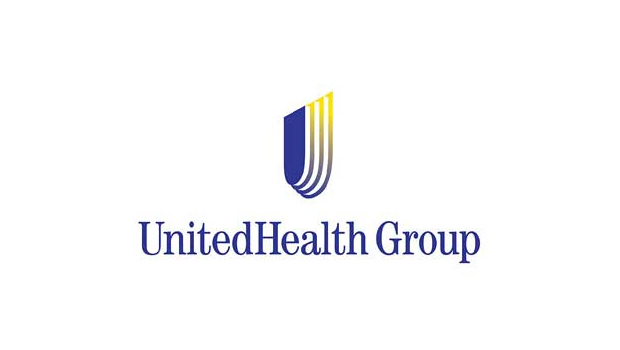 UnitedHealth Group, the largest provider of Medicare Advantage plans, warned Thursday that funding cuts for the privately run versions of the federal Medicare program will force it to reconsider its expectations for earnings growth next year.

CEO Stephen Hemsley told analysts that the government-subsidized coverage for elderly and disabled people faces a reimbursement cut of about 4 percent next year. That's on top of other possible federal funding reductions and an expected 3 percent rise in medical costs.

"We did not expect the fastest-growing, most popular and most effective of the Medicare benefit options serving America's seniors would be underfunded to this extent in 2014,'' Hemsley said.

More than 13 million people were enrolled in Medicare Advantage plans last year, or about 27 percent of the Medicare population, according to the nonprofit Kaiser Family Foundation.

Insurers offer hundreds of different Medicare Advantage plans around the country. The coverage typically provides extras such as dental and vision care, or rates that are lower than standard Medicare.

UnitedHealth, which is the nation's largest health insurer, has nearly 2.9 million people enrolled, and the plans brought in about 20 percent of the insurer's revenue last year.

Shares of UnitedHealth and other insurers that provide Medicare Advantage coverage slid in February after the Centers for Medicare and Medicaid Services released data that pointed to payment cuts as steep as 8 percent next year. The government then softened the blow to a reduction of about 4 percent.

But UnitedHealth said that cut, combined with the other reductions, will be tough to stomach. UnitedHealth said it may have to trim benefits, change provider networks or leave some markets to preserve Medicare Advantage profitability.

Hemsley, UnitedHealth's CEO, called the reimbursement cut ``a significantly greater rate setback than anyone could have expected.''

The company also said widespread government spending that started earlier this year and affected Medicare will make it hard for the insurer to reach the top end of its forecast for 2013 earnings of $5.25 to $5.50 per share. Analysts expect earnings of $5.51 per share, according to FactSet, a research firm.

Analysts had labeled UnitedHealth's 2013 earnings forecast conservative after it came out last fall, and the insurer normally raises it several times through the year. But so far, the company has just backed the initial projection.

Thursday's outlook warning came as UnitedHealth reported that its first-quarter earnings sank 14 percent, largely due to a lower gain the company recorded due to leftover insurance claims.

UnitedHealth earned $1.19 billion, or $1.16 per share, in the three months that ended March 31. That figure doesn't count a portion of earnings that went to shareholders of Amil Participacoes SA, a Brazilian health benefits and care provider that UnitedHealth is in the process of buying for about $4.9 billion.

The insurer booked a $280 million gain in the quarter because claims left over from previous quarters came in lower than expected, which allowed it to release money held in reserve. That compares with a $530 million gain in last year's quarter. The lower total means actual claims came in closer to what the insurer projected.

UnitedHealth, based in Minnetonka, Minn., is the first major U.S. health insurer to announce earnings every quarter. Many analysts and investors see it as a bellwether for the managed care sector.

Company shares fell more than 3 percent, or $2, to $60.03, a broader fall than the Dow Jones industrial average decline of less than 1 percent. UnitedHealth shares had climbed 14 percent so far this year, as of Wednesday.

UnitedHealth's stark warning about next year, but not its performance so far this year, motivated investors to sell, said Sheryl Skolnick, an analyst who covers insurers for the CRT Capital Group, an institutional broker and dealer.

"That was a negative surprise,'' she said.

Skolnick said the problem for investors is that UnitedHealth can't say yet how much its profitability will be affected by the Medicare Advantage business.

Wall Street, as a rule, dislikes uncertainty, and UnitedHealth won't release a forecast for 2014 until later this year.

"The markets are adjusting to that new reality today,'' Skolnick said.

How much impact can a president have on the economy?
Thanks for reading CBS NEWS.
Create your free account or log in
for more features.
View CBS News In
CBS News App Open
Chrome Safari Continue
Be the first to know
Get browser notifications for breaking news, live events, and exclusive reporting.