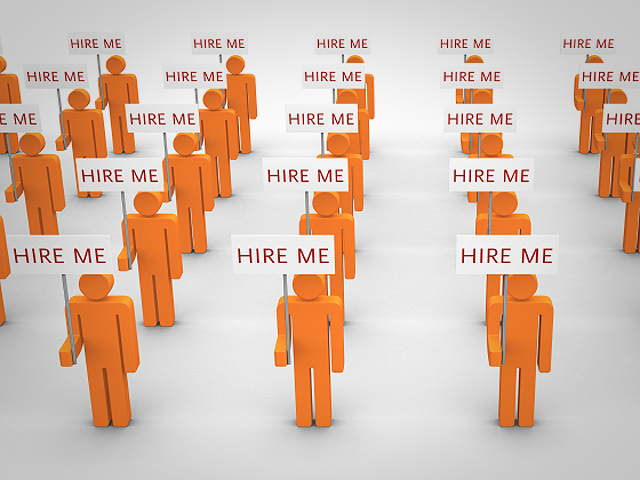 WASHINGTON Unemployment rates fell in almost all large U.S. cities in April, helped by stronger hiring. The gains show the job market is improving throughout the country.

The Labor Department said Wednesday that unemployment rates declined in 344 of the 372 largest metro areas. Rates rose in just 17 cities and were unchanged in 11.

The U.S. unemployment rate dropped in April to a four-year low of 7.5 percent, down from 7.6 percent in March. Employers have added an average of 208,000 jobs each month in the past six months. That's up from just 138,000 in the previous six.

Midland, Texas, posted the lowest U.S. jobless rate, at 3 percent. It was followed by Iowa City, Iowa, and Bismarck, North Dakota, both at 3.1 percent.

Yuma, Arizona, had the nation's highest rate, at 30.3 percent, followed by El Centro, California, with 24 percent. Both cities have long had the highest rates in the U.S. They are adjacent and have heavy populations of migrant farm workers.