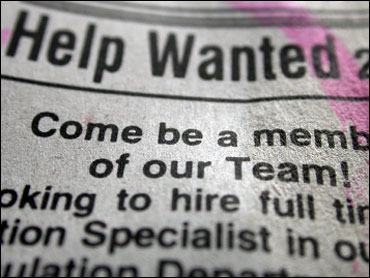 Unemployment in rich countries may have peaked — but they must create 17 million jobs if they want to return to pre-crisis employment levels, the OECD said Wednesday.

The Organization for Economic Co-operation and Development said in a report that there are 47 million unemployed in its 31 member countries, the world's most developed economies. That's a rate of 8.6 percent, according to May 2010 figures.

The United States accounts for more than half of the jobs shed since 2007 — 10 million.

In Europe, Ireland needs to create one job for every five that exist today, or about 320,000 positions, to reach pre-crisis levels and Spain has lost 2.5 million jobs.

OECD chief Angel Gurria warned governments planning austerity drives not to risk excluding people from the jobs market for long periods in their search for ways to cut costs.

The longer a person is unemployed, the harder it typically becomes for them to gain paid employment.

"Despite signs of recovery in most countries, the risk remains that millions of people may lose touch with the labor market," he said in a statement.

OECD projections show that the unemployment rate could remain above 8 percent by the end of 2011.

The Paris-based watchdog advised governments to target their jobs policies on the most disadvantaged groups, and those with few or no skills, who risk loosing contact with the labor market.

It recommends tax breaks and hiring subsidies for people out of work for more than a year.