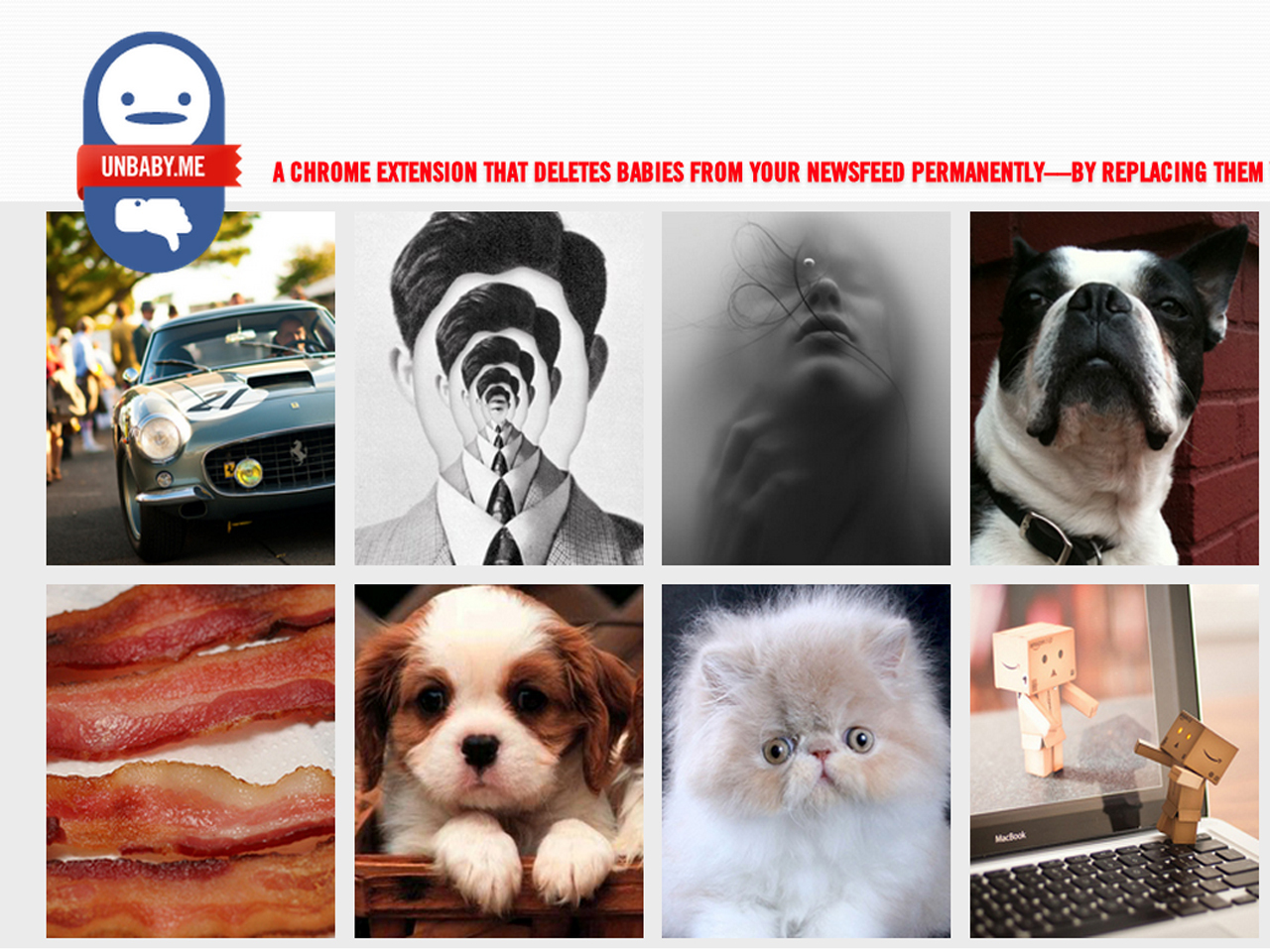 A new Google Chrome extension sets out to replace photos in your Facebook news feed by swapping out cuddly kids with anything of your choosing.

The browser extension UnBaby.me works by using keywords to filter out photos of babies and replace them with any photo feed.

UnBabyMe has only been around for about a week, but has already gotten 70,000 "likes" on Facebook and almost 30,000 users.

In an interview with CBS News, the creators of UnBaby.me, Pete Marquis, Chris Baker and Yvonne Cheng said they were tired of their Facebook feed being overrun with photos of babies. Marquis added that there is a sense of obligation to like photos of babies. The browser extension was created in good humor, however. And they hope that's how it is received.

Cheng said they realize some people might be offended, but it's mostly been well-received - possibly due to the tongue-in-cheek nature of the product description, which uses photos of cats, puppies and bacon as the default setting for baby photo replacements.

(At left, watch as the founders of UnBaby.me give a demonstration of how the Chrome extension works and discuss the responses they've received since launch.)

But not everyone is amused with the browser extension's insinuation that babies are an annoyance to be filtered out.

"Unbaby.me bothers me because it singles parents out and makes it sound as if baby photos are the only things ruining an otherwise perfect browsing experience," a mommy blogger who wanted to remain anonymous told CBS News. "I'm just curious why there's so much aggression directed towards babies, while nobody particularly cares about repetitious photos of cats, lunches and vacations."

There are also some poignant reasons the browser extension is being used. One of the ways people are using UnBaby.me surprised even the founders of the extension. Several online communities focused on miscarriages on sites like BabyCenter.com and TheBump.com have mentioned the browser to help them deal with their loss. Members of these groups confess that the constant photos of babies remind them of their miscarriages.

What was initially meant to be a joke may end up sparking a greater conversation on the topic of children on Facebook.

"We knew this was going to spark conversation, at the very least, and we knew that would be a good thing," Baker said.