Talks on a new global warming agreement have begun to resolve some major sticking points, the U.N. climate chief said Wednesday, sounding a promising note after months of sluggish negotiations often marked by confrontation among industrial and developing countries.

Yvo de Boer, who in the past has chided delegates for delays, gave an upbeat assessment at the end of a weeklong conference of 160 nations, the latest round in a two-year process that is due to end with the signing of an accord in December 2009.

"This has been a very important and a very encouraging meeting, said De Boer. "The process has speeded up, and governments are becoming very serious about negotiating a result."

Environmentalists agreed progress had been made. "Accra shows that overcoming the muddle of conflicting views and crafting an effective deal to tackle climate change is possible," said the World Wildlife Fund for Nature (WWF).

The delegates found some common ground on ways to help developing countries limit emissions and strategies for compensating poorer countries, especially in Africa, that will likely be hard hit by the effects of global warming.

Last year, a U.N. panel of scientists said that climate change already is happening, and the earth's temperature would continue to rise even if carbon emissions were reduced to zero today because of the accumulation of greenhouse gases in the atmosphere. But they warned of possible catastrophic effects unless emissions peak within the next 10 to 15 years and then decline sharply.

"We are running out of time on this problem, from the scientific point of view," said Bill Hare, a scientist for Greenpeace who was an author of last year's report for the U.N. panel.

Hare said researchers were investigating "alarming" reports in the last few days of the release of methane from the Arctic Ocean, possibly from the warming of the sea. He said scientists had long feared that such an event was "a potential trigger of rapid and abrupt and extreme climate change."

Accra was the third round this year in the U.N. talks, which aim for a treaty to replace the 1997 Kyoto Protocol regulating the emissions of 37 industrial countries and setting out ways they can benefit from helping poor countries use clean energy.

The U.S. rejected the Kyoto accord, arguing it would harm American business and that it made no comparable demands on emerging economies. China, India and other large developing countries refused to accept a binding arrangement that would limit their development and their declared mission to ease poverty at home.

"The poor want to lead a dignified life, a life that is secure," said Mohamed Adow, of Christian Aid Africa. "They need to develop, and the opportunity unfortunately is linked to having energy."

In what could be a step toward a compromise, the Accra talks made headway on an arrangement that would focus on limiting carbon emissions by specific industries such as steel, cement or power generation. Unlike industrial countries, developing countries would face no binding targets on their economies as a whole.

(AP Photo/Victor R. Caivano)
In a second area of progress, delegates agreed that countries should be compensated for slowing or halting deforestation, and that countries where forests have largely been depleted should be rewarded for conserving and expanding their remaining forest cover.

(Left: Deforestation near the city of Santarem in the Brazilian state of Para.)

New and detailed proposals also were suggested for raising the hundreds of billions of dollars needed to help poor countries grapple with the effects of climate change. Poor countries, especially in Africa, are expected to suffer harsher drought, flooding and crop failures, and hundreds of millions of people will feel the stress of water shortages.

De Boer said the various proposals will be packaged together for the next round of talks in Poznan, Poland, in December, in what would amount to "a first version of a negotiating text."

Whether a treaty can be reached on time will depend on the next U.S. administration, which will be elected a few weeks before Poznan but will not take office until six weeks afterward. The pace will depend "on how quickly a U.S. team can be put in place, how fast they can get their positions sorted out, and when they can start to negotiate," said Jake Schmidt, of the National Resources Defense Council.

For more on the United Nations' climate change talks in Accra, Ghana, visit their Website. 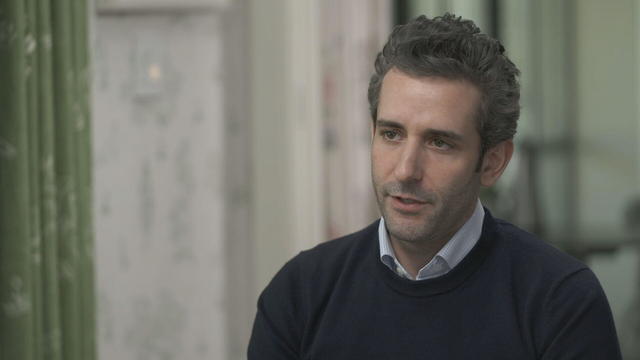 Weinstein juror says verdict was not a message about #MeToo

Drew, who was juror number nine, said he "took no joy in any aspect of" the trial.

The South Carolina Democratic primary is taking place on Saturday.

Weinstein juror says verdict was not a message about #MeToo

Drew, who was juror number nine, said he "took no joy in any aspect of" the trial.

The South Carolina Democratic primary is taking place on Saturday.