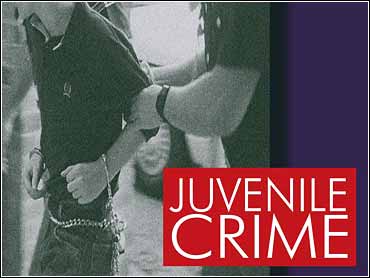 In 2003, total global unemployment reached 186 million, said the International Labor Organization, which bases its calculations on statistics from governments. Some 47 percent of the jobless were aged 15-24.

Young people are among the hardest hit when the world economy is in the doldrums, the ILO said. But spiraling population growth in poor countries means a future economic upturn may do little more than dent youth unemployment, prolonging political instability and social problems.

"There are regions of this world where if you don't have a job, you have no alternative," said Dorothea Schmidt, co-author of a 26-page study of global youth unemployment by the ILO.

"It's specifically in these regions where we see that with an increase in unemployment, we see illegal activities rising as well,'' she told The Associated Press.

Youth unemployment in rich countries is dropping, a trend which is expected to continue because of declining birth rates, the ILO said. But North and sub-Saharan Africa, the Middle East, Southeast Asia and Latin America all have faced large increases in the number of jobless young people as the economic downturn is exacerbated by high birthrates.

While some may turn to petty crimes to survive, others get involved in more serious criminal activities such as drug trafficking, the report said. Asked if there may be a link between high unemployment rates and recruitment into terror groups, Schmidt said, "There is a strong correlation."

"We're not saying this is the only reason, but if you are very frustrated and disillusioned about your future, the chances are very high that you'll get attracted by very bad alternatives," she said.

The study said, "The growth in the number of young people is rapidly outstripping the ability of economies to provide them with jobs."

The ILO urged governments to focus on cutting youth joblessness, citing recommendations by the Youth Employment Network, an organization set up in 2001 by U.N. Secretary-General Kofi Annan. They include reforming education systems so they are more relevant to the needs of the labor market, as well as cutting red tape to make it easier for young entrepreneurs to run businesses.

Young people also make up around a quarter of the world's "working poor" - 550 million people who have jobs but who bring home less than $1 a day - the study added.

The agency has repeatedly warned that governments must do more to create jobs. Otherwise the goal of halving the number of people living in poverty by 2015, set out by the U.N. member states at the Millennium Summit in 2000, could fail, it says.

The economic impact of cutting youth joblessness could be enormous, said the ILO, noting that halving unemployment among young people could add $2.2 trillion to the world economy.