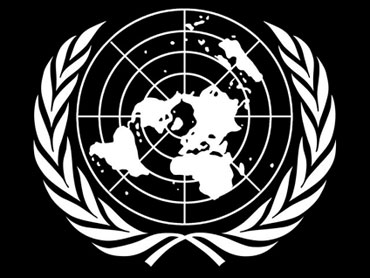 The U.N. Security Council Wednesday voted -- although not unanimously -- for a tough new resolution to impose a fourth round of sanctions against Iran because of its defiance of international demands to freeze its nuclear program, with Brazil and Turkey voting against it and Lebanon abstaining.

With Middle East tension high and Iran at the center of the storm, the Obama administration successfully got China and Russia to back a new U.N. Security Council resolution, which increases the cost to Iran of purchasing banned weapons.

Iran is high on President Obama's agenda for good reasons: Iran's Red Crescent Society announced this week that a 3,000 ton vessel is heading soon for Gaza; International Atomic Energy Agency (IAEA) inspectors reported that Iran has enough nuclear fuel, if enriched, for two nuclear weapons, and U.S. Defense Secretary Robert Gates, in London, said the U.S. has not lost the ability to stop Iran from getting a nuclear weapon, but the clock is ticking.

Delayed by an hour by Brazil and Turkey waiting for word from their foreign ministries on whether to vote for or against, both countries in voting against the resolution complained that the so-called Tehran proposal for Iran to export low-grade uranium was not given its due and that the resolution was negotiated behind closed doors.

U.K. Ambassador Mark Lyall Grant said Wednesday's sanctions resolution was passed because of Iran's defiance and its refusal to respond to its international obligations.

The new sanctions -- which U.S. Secretary of State Hillary Clinton said will be the toughest ever adopted -- was passed with 12 votes in favor with Brazil and Turkey against and Lebanon abstaining.

Prior to the vote, Iran threatened to withdraw the offer to export some of its uranium under a deal brokered by Brazil and Turkey because the new resolution proposes tough new enforceable sanctions, including financial restrictions on Iranian banks, Iranian businesses and on individual members of the powerful military force, the Revolutionary Guard, and it bans Iranian purchase of certain missiles, combat aircraft and warships.