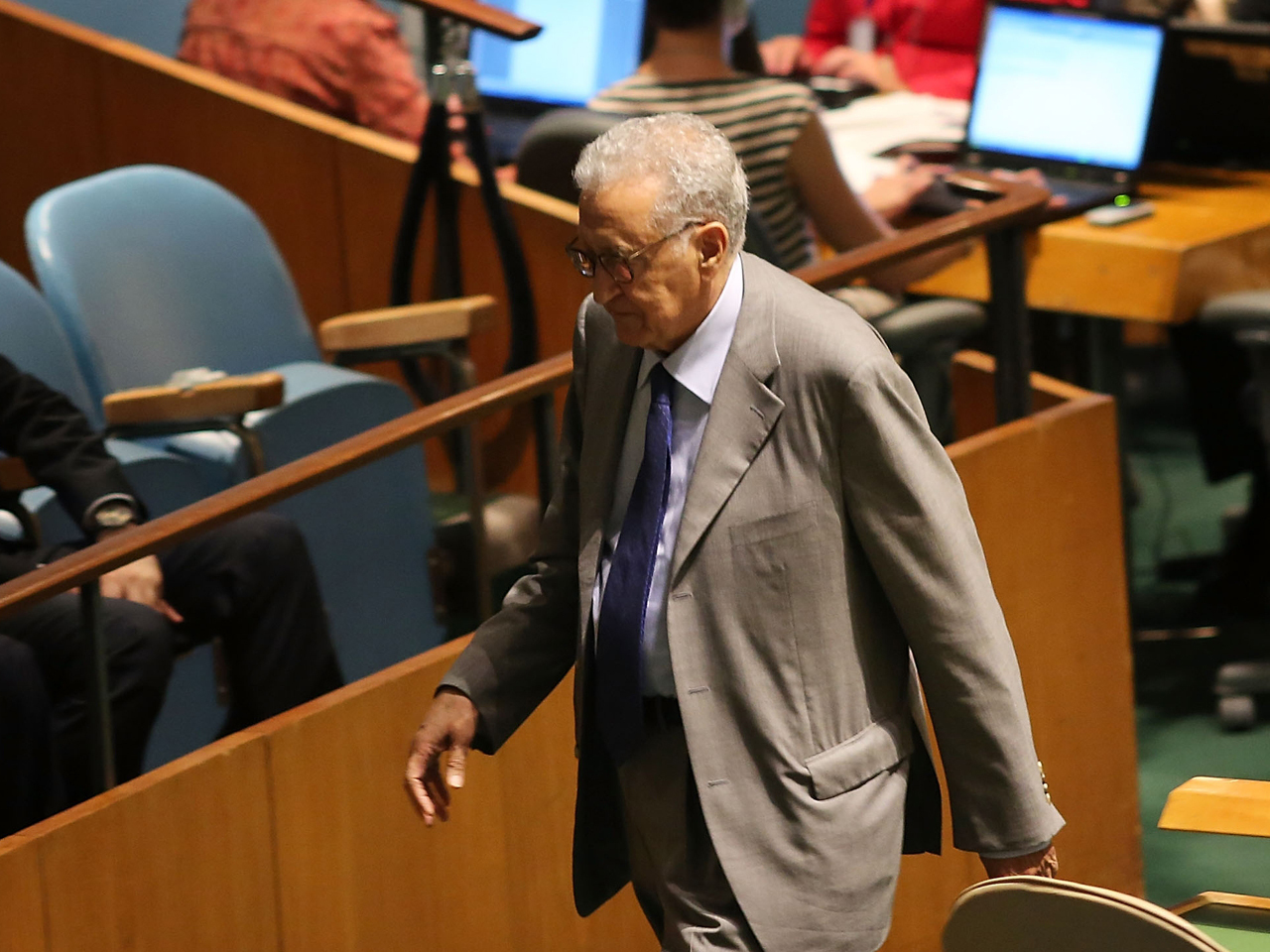 (CBS News) UNITED NATIONS - With "acrimonious fault lines" between members blocking action by the United Nations Security Council on Syria's escalating civil war, as a senior European diplomat put it to CBS News, the General Assembly came together Tuesday - for the second time - to shine a light on the issue and try to present a more unified front.

Diplomats accused both President Bashar Assad's government and the opposition of violating human rights. They pointed to the recent report that more than 100,000 Syrians fled their country in August alone. They called on nations to meet the appeals for humanitarian aid.

In the end, however, and with great frustration, they threw up their hands. There is, after all, not much that the General Assembly can do.

The U.N.'s hopes for diplomacy now rest with seasoned Algerian diplomat Lakhdar Brahimi, the global body's new envoy to Syria, who has taken over Kofi Annan's role as negotiator-in-chief after the former U.N. secretary-general quit the position having accomplished little.

"The destruction is reaching catastrophic proportions," Brahimi told the General Assembly's 193 member nations. "The support of the international community is indispensable and very urgent."

Brahimi's pleas came two days after he told the BBC that his mission was "nearly impossible," comparing it to standing in front of a brick wall and looking for tiny cracks - a loosely veiled reference to the "acrimonious fault lines" between the U.S. and other nations which believe Assad has lost all credibility as a leader, and Russia and China, which continue to block any external intervention - be it military or via further sanctions.

"As we gather in this great assembly today, millions of Syrians remain in a state of huge uncertainty, fear and death in their own country," said current General Assembly President Nassir Abdulaziz Al-Nasser of Qatar. "U.N. agencies now estimate that some 2.5 million Syrians are in urgent need of humanitarian assistance."

In light of the stalemate in the Security Council, Al-Nasser beseeched the General Assembly to take action.

"The Charter places a responsibility on the General Assembly to take steps, where necessary, to promote and ensure international peace and security. This has become all the more necessary because of a deadlock and lack of unity in the Security Council."

U.N. Secretary-General Ban Ki-Moon, meanwhile, said "regional leaders have a key role to play in creating the conditions conducive to a solution."

His remarks came as The New York Times reported that, according to U.S. officials, Iran has resumed flying military equipment to the isolated Syrian regime via Iraq's airspace - shipments which would violate U.N. sanctions already in place. Iraq has demanded the U.S. government provide proof of the shipments, saying the Iranians have told them the flights are carrying food and other humanitarian supplies.

"It is the time for the international community to close ranks and to send a united message to the Syrian parties to walk back from their military approach and to embrace the only path to bring about an end to the violence and a sustainable peaceful solution through an inclusive political process," said Algeria's U.N. ambassador Mourad Benmehidi.

If presenting a more united voice on the Syrian crisis was the goalpost for the General Assembly, then it did its part on Tuesday.

But the overwhelming majority view of the 193 nations will do nothing to alter the deadlock in the Security Council, or to improve the outlook for the thousands of Syrians suffering a brutal civil war.