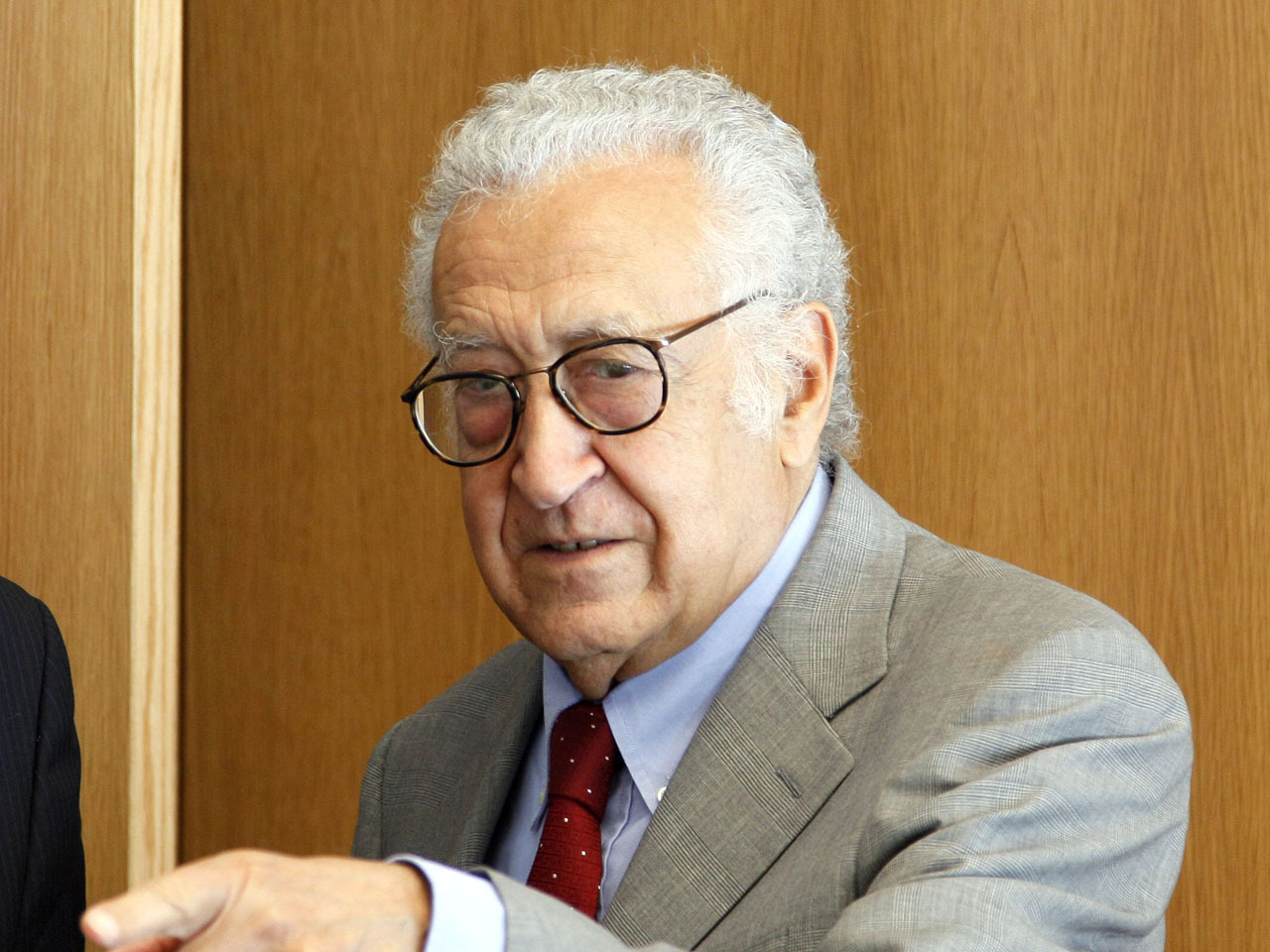 (CBS/AP) The U.N.'s new envoy to Syria says his mission to end the country's civil war is "nearly impossible".

"I'm scared of the weight of responsibility. People are already saying: 'People are dying and what are you doing?' And we are not doing much," Brahimi told BBC News. "That in itself is a terrible weight."

Syria's violence has escalated in recent weeks. Activists say August saw the highest number of deaths in more than 17 months of fighting, with about 5,000 people killed, as President Bashar Assad's regime unleashed crushing air power against the revolt for the first time.

The U.N. children's fund UNICEF put the death toll for last week alone at 1,600, the largest weekly figure for the entire uprising.

"The past month witnessed large massacres and the regime was conducting wide operations to try to crush the uprising," said Omar Idilbi, a Cairo-based activist with the Local Coordination Committees group. "Last month's acts of violence were unprecedented."

He said the increased use of the air force and artillery bombardments was behind the spike in casualties.

The civil war witnessed a major turning point in August when Assad's forces began widely using air power for the first time to try to put down the revolt. The fighting also reached Syria's largest city, Aleppo, which had been relatively quiet for most of the uprising.

The Britain-based activist group Syrian Observatory for Human Rights said that 5,440 people, including 4,114 civilians were killed in August. The LCC put the toll at 4,933 civilians.

Amid that spiraling violence, the International Committee of the Red Cross said its new president was heading to Syria on a three-day visit - his first since he took office.

The ICRC said that Peter Maurer was to arrive in Syria on Monday and would meet with President Bashar Assad and several of his ministers.

The Red Cross said the talks would address the "rapidly deteriorating humanitarian situation" and the difficulties which the ICRC and the Syrian Arab Red Crescent face in reaching people affected by Syria's civil war.