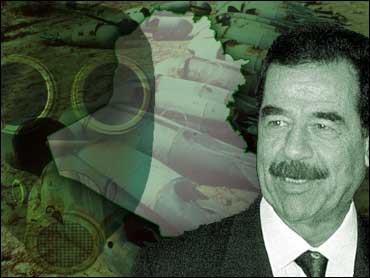 Secretary-General Kofi Annan asked Iraq on Tuesday to accept the Security Council roadmap for the return of U.N. weapons inspectors, rejecting Baghdad's latest proposal to deal with outstanding issues about its alleged weapons of mass destruction.

In a letter responding to Iraq's invitation for chief weapons inspector Hans Blix to visit Baghdad, Annan said he looked forward to Iraq's agreement to the U.N.'s "sequence of steps" and a formal invitation to the U.N. inspection agency to resume work after nearly four years.

He expressed hope that "a speedy resumption of inspections" would help resolve all outstanding issues about Iraq's weapons program, which must be dismantled under Security Council's resolutions.

The letter thanked Iraqi Foreign Minister Naji Sabri for inviting Blix for technical talks but made clear that the Iraqi agenda was at odds with U.N. Security Council requirements for the resumption of inspections.

In last week's invitation, Sabri said Iraq wants Blix and its own experts to determine the outstanding issues regarding Iraq's banned weapons programs and figure out how to resolve them before inspectors return.

But a 1999 Security Council resolution requires U.N. weapons inspectors to visit Iraq and then determine within 60 days what questions Iraq still must answer about its chemical, biological, nuclear and missile programs. The Security Council must approve the list of outstanding issues.

Annan cited the provisions of this resolution in the letter, stressing that the council had clearly instructed the U.N. inspection agency to start its work by identifying the outstanding disarmament tasks that Iraq must fulfill.

He noted that Blix had expressed his readiness to transmit the list of outstanding issues to the Iraqi government for comment before his report went to the Security Council.

"It should therefore be possible at that time for Iraq to express its views and to provide any additional information which may be relevant," Annan said.

Annan discussed the invitation to Blix with the 15-member Security Council on Monday and spoke to the chief inspector, who is vacationing in Sweden, on Tuesday before sending the letter through Iraq's U.N. Mission.

"I have no problem with discussions at the technical level. But my concern is the agenda and how it proceeds," Annan said Tuesday. "I think the letter will clarify that we welcome the invitation, but that we would want to proceed along other lines.

"I hope once they've read the letter, they will find their way to become more forthcoming," the secretary-general said.

In his letter to Sabri, Annan noted that during a third round of U.N.-Iraq talks in Vienna in early July, Blix suggested "that the most direct and appropriate way to resume the inspection process would be by holding talks at the expert level on practical arrangements for inspections."

Blix told Swedish Radio Tuesday: "We want discussions with them (the Iraqis) about practical arrangements: How we fly in, what authorities we deal with there. We don't want conflict once we're in."

Blix said he found little new in the Iraqi letter, calling the language similar to ideas Iraq raised during the three rounds of U.N.-Iraq talks.

Iraq sent a follow-up note to council members Monday saying it did not want to discuss any new issues that inspectors might raise after returning to Iraq.

However, it wanted to review with Blix the disarmament issues that were outstanding when inspectors left Dec. 15, 1998, ahead of U.S. and British air strikes punishing Iraq for not cooperating.

The Iraqis also were concerned about U.S. President George W. Bush's call for Saddam Hussein's ouster and growing indications from the U.S. Congress that war with Iraq is likely.

The United States accuses Iraq of trying to rebuild its banned weapons programs and of supporting terrorism, and has threatened unspecified consequences if inspectors are not allowed to return.

The Iraqi note warned that unless the outstanding issues were resolved there would be a repetition of the crises over weapons inspections that took place from 1991 to 1998 that would be followed by the departure of inspectors "and then the United States will call for an aggression on Iraq."

Under council resolutions, sanctions imposed after Iraq's 1990 invasion of Kuwait cannot be lifted until U.N. inspectors certify that its weapons of mass destruction have been destroyed.