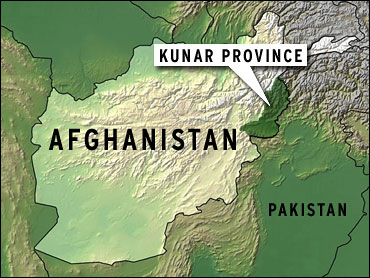 The United Nations said Thursday that a weekend raid by foreign troops in a tense eastern Afghan province killed eight local students and warned against nighttime actions by coalition forces because they often cause civilian deaths.

The Afghan government said its investigation has established that all 10 people killed Sunday in a remote village in Kunar province were civilians. Its officials said that eight of those killed were schoolchildren aged 12-14.

NATO officials initially said all the dead were insurgents, but later backed off by saying there was no evidence to substantiate the claims that they were civilians. They requested a joint Afghan-NATO investigation to reach an "impartial and accurate determination" of what happened.

UN special representative in Afghanistan Kai Eide said in a statement that the preliminary UN investigation showed "strong indication" that there were insurgents in the area at the time of the attack.

But, he added, "based on our initial investigation, eight of those killed were students enrolled in local schools."

Civilian deaths are one of the most sensitive issues for international troops fighting the more than eight-year-old war. Although insurgents are responsible for the deaths of far more civilians, those blamed on coalition forces spark the most resentment and undermine the fight against the militants.

The coalition attack in Kunar has sparked protests by Afghans who have demanded that foreign troops leave the country.

Eide said the UN remained concerned about nighttime raids by coalition troops "given that they often result in lethal outcomes for civilians, the dangerous confusion that frequently arises when a family compound is invaded."

"I appeal for calm while these investigations continue," he said in the statement.

He said the UN "continues to investigate this incident to help bring clarity to the situation." He welcomed efforts by the Afghan government and the international military to do the same.

A statement issued Thursday by the Afghan National Security Directorate said the government investigation showed no Afghan forces were involved and "international forces from an unknown address came to the area and without facing any armed resistance, put 10 youth in two rooms and killed them.

"They conducted this operation on their own without informing any security or local authorities of Afghanistan," the statement said.