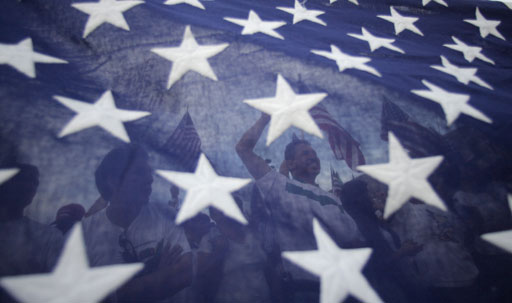 After nearly two months of scrutiny by technical experts, the International Press Institute said Wednesday it was unable to determine with absolute certainty the authenticity of audio tapes possibly implicating the Ukrainian president in the death of a journalist.

On Tuesday, Ukraine's prosecutor-general launched a formal investigation into what he called the premeditated murder of journalist Heorhiy Gongadze, whose disappearance five months ago touched off a political crisis.

In December, a parliamentary commission set up to investigate the case asked the Vienna-based institute to examine the tapes allegedly implicating President Leonid Kuchma. The tapes were released by a former presidential bodyguard.

Kuchma's spokesman Wednesday declined to comment. Kuchma has denied any involvement in the reporter's disappearance.

In a lengthy explanation based on sophisticated testing undertaken by experts in the field, the press institute indicated that the problem was the digital recording technique of the tapes which virtually rules out detection of subsequent editing or manipulation.

"Since the technical experts expressed their conviction that it is nearly impossible to detect manipulation with a nearly absolute level of certainty, the problem must therefore be referred back to the political level and to the level of independent parliamentary investigation," the institute said in its reply to the investigating panel in Kiev.

It said that "the above mentioned notion of uncertainty in the technical examination does not imply that the tapes are inauthentic."

But, it noted, "it seems hard to believe that such a huge amount of documentary evidence may have been doctored or manipulated."

A wave of protests against Kuchma in recent months first centered on the Gongadze case, but spread to encompass dissatisfaction with the country's economic troubles and corruption.

On the tape, allegedly recorded by a former presidential bodyguard, a voice similar to Kuchma's orders officials to "get rid of" Gongadze, an Internet journalist who frequently criticized the president.

Gongadze disappeared last September and his decapitated corpse was found in November.

Serhiy Holovaty, an independent parliamentarian and leader of an anti-Kuchma Forum for National Salvation, said the fact that the institute could not prove they were fakes backed his view that they were real.

"The letter (from the institute) confirms what has already been proven, that the voices of the people on the tapes are real, that the recordings are real and that further investigations need to be carried out in this affair,"> he said.

After initially dismissing the tapes as fakes the president later acknowledged some conversations on the hundreds of hours of recordings were genuine but said parts had been doctored.

Opposition politicians had pinned their hopes on experts in Vienna announcing that the recordings showed no signs of doctoring and could therefore be considered genuine.

Kuchma, re-elected to a second five year term in 1999, has come under the greatest political pressure of his career due to the scandal. He has said he will not resign and accuses his opponents of seeking to destabilize the ex-Soviet country.